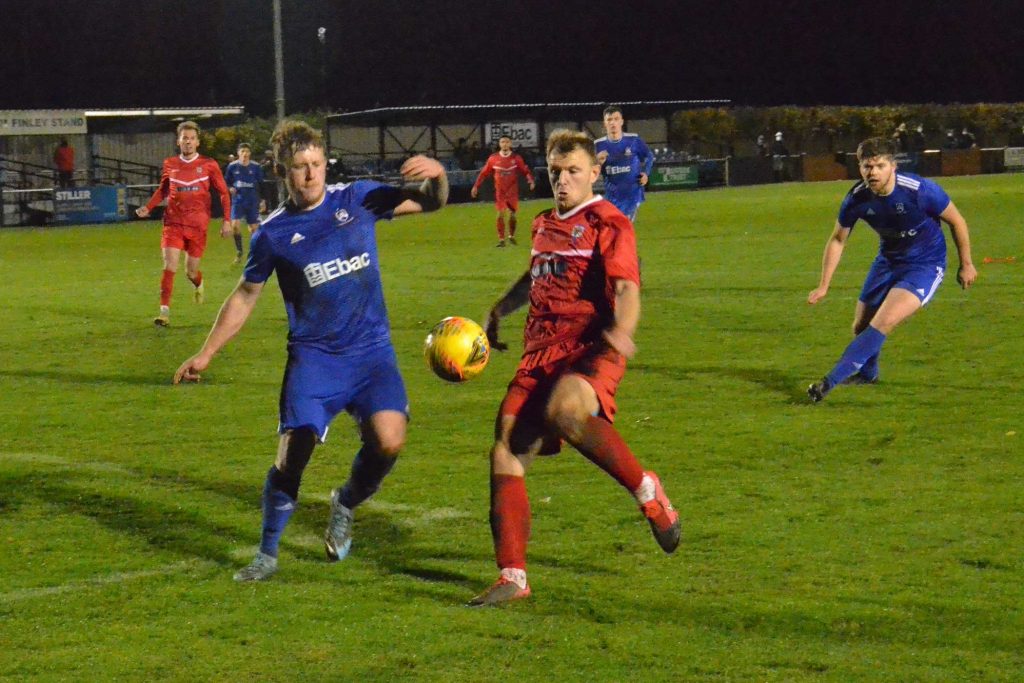 Consett showed tremendous fighting spirit to come from behind three times tonight and then snatch a last-gasp winner to give them a 4-3 victory at high-flying Newton Aycliffe.

They went behind inside the first minute to their third-placed hosts, levelled three times and missed a penalty before securing the points with a stunning Dale Pearson strike in the 95th minute at the Beaumont Landscapes Stadium.

Even by Consett standards, this was a rollercoaster of a game. the fell behind with not even a minute on the clock when they lost possession in their own half, and Ben Reay played in Adam Burnicle, who gave the home side the perfect start.

On six minutes the scores were level when Nick Allen slid a pass through to Dale Pearson, who kept his composure to fire home from 12 yards for his third goal in two games.

Aycliffe regained the lead on 25 minutes when Allen tripped Aaron Brown in the area, and Jake Petitjean made it 2-1 from the resulting penalty.

Four minutes later it was all-square again when Calvin Smith’s pass was flicked on by Matty Cornish, and Luke Carr took advantage of indecision in the home defence to prod the ball home.

Aycliffe took the lead again on 57 minutes when Petitjean won the ball in the middle of the pitch and fed it to Reay, whose pass between two defenders gave Adam Burnicle the chance to finish through Kyle Hayes’s legs for 3-2.

On 65 minutes Consett had a golden opportunity to level for the third time when Pearson was sandwiched between two defenders as he homed in on goal and the referee awarded a penalty. Luke Carr tried a ‘Panenka’ chip from the penalty spot, but to his horror the ball sailed a foot over the bar.

The pendulum swung in the Steelmen’s favour in the 74th minute when Aycliffe keeper Adam Pickford, who’d made a couple of excellent saves, had to be substituted.

With no spare keeper on the bench, Aycliffe were forced to put outfield player Marc Costello in goal, and in the 85th minute it was 3-3, as Consett sub Ali Alshabeeb, who’d only been on the pitch two minutes, got on the end of Matty Cornish’s flick-on to stab home the equaliser with his first touch.

The final drama was yet to come, and when the referee signalled six minutes of added time, Consett smelled blood. They got the win their overall display deserved in the 95th minute, when Alshabeeb’s pass picked out Dale Pearson, who smashed home the winner from an acute angle.

It was a stunning goal to win any game, let alone one as good as this, which was a superb advert for Northern League football.