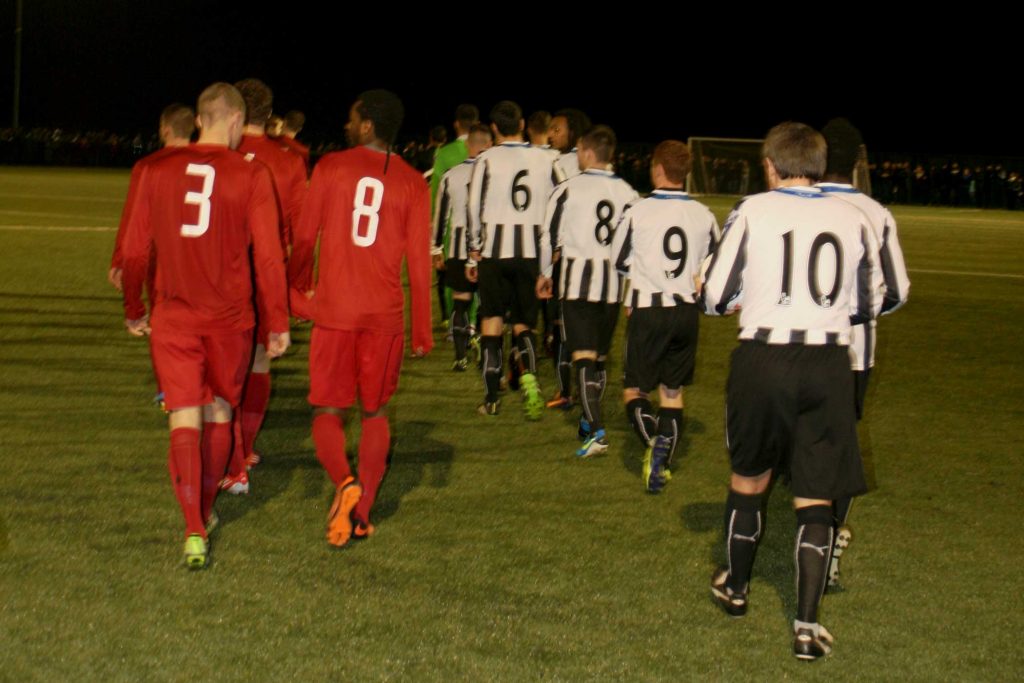 Seven years ago tonight we enjoyed a never-to-be-forgotten evening in the history of Consett AFC when – after a decade of deals, disappointments and delays – we finally saw a game of football at our new Belle View Stadium.

The people of Consett responded magnificently to the call to come and make it a night to remember, with almost 3,000 flocking to the game against a Newcastle United XI, despite it being a freezing cold night.

A late handover by Durham County Council meant that many long hours of hard work had gone into making sure everything was ready, and on the night kick-off had to be delayed by 25 minutes to get all the supporters in.

Consett-born FIFA referee Mark Clattenburg was the man in the middle for the special occasion, offering his services free of charge, and it was nearly 11pm when he left to drive down to London to handle the Arsenal v Southampton game in the Premier League the next day.

It was also a never-to-be-forgotten night for his assistants Gavin Scott and Andrew Kitchen, two local lads more used to refereeing in the Consett Sunday League and running lines in Northern League Division Two.

Peter Beardsley, who had brought a Newcastle United XI to the old Belle Vue Park ground for our last game there, brought a strong squad, including several players with first-team experience such as Adam Campbell, Gael Bigiramana and James Tavernier.

He pulled on his boots himself, as did his fellow Academy coaches Dave Watson and Kevin Richardson – both former England internationals. Beardsley said the new state-of-the-art 3G pitch was the best he had ever played on.

Prolific NUFC reserve striker Adam Campbell had the honour of scoring the first goal on the new ground, netting on the half hour with a low effort on the run from the edge of the area.

Consett equalised after 56 minutes when substitute Luke Sullivan checked back and beat United ‘keeper Brendan Pearson with a neat finish after a low centre from the right wasn’t dealt with.

The Magpies regained their lead in the 80th minute when Joe Kerridge’s corner was headed home at the near post by fellow substitute Jamie Cobain.

United came close to sealing the victory with a third goal, when Adam Laidler hit the crossbar with seven minutes remaining.

But the result didn’t matter, as the night was all about celebrating that Consett had a wonderful new football ground, which would be a hub for community activity for years to come.