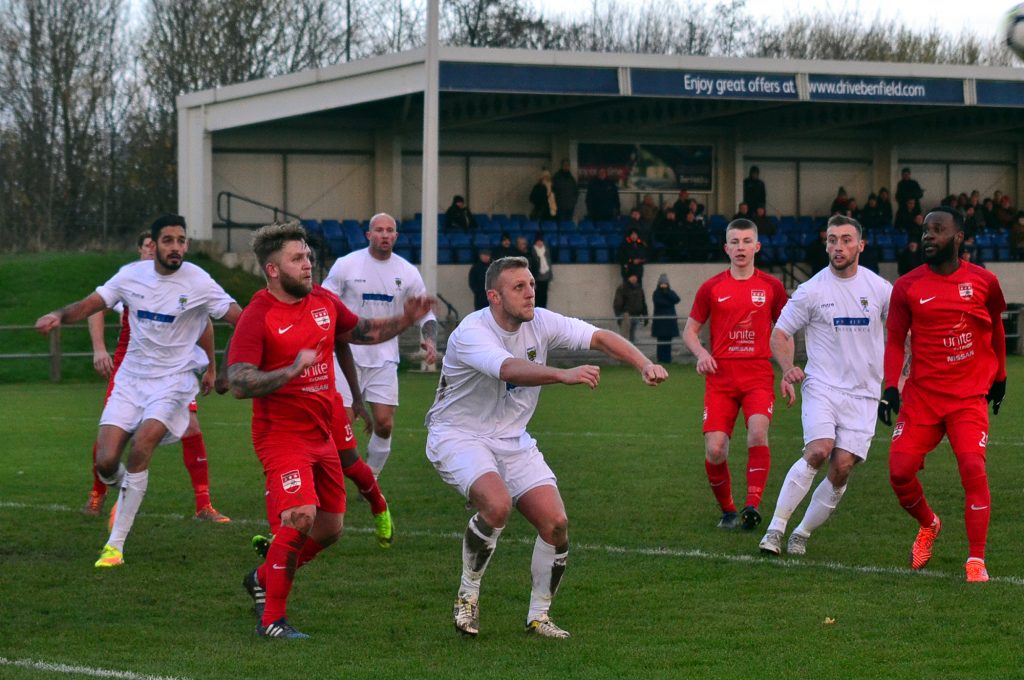 Manager Mark Eccles made two changes to the side which had beaten Shildon 3-0 seven days earlier, with Clark Kay and Chris Rogan coming in for Ryan McKinnon and Jordan Lavery.

There was a place on the bench for Nathan Convery, who had been out injured since August, and he played almost the whole game when Rogan pulled up injured after just 13 minutes.

The Steelmen, who had lost their last two visits to Washington, were dreadful in the first half-hour, and fell behind on 15 minutes when goalkeeper Ross Coombe’s kick went straight to Jak Hanson, who shot in off the post to give the home side the lead.

They should have doubled their lead on 21 minutes when Hanson’s cross picked out Vincent Gash, who was allowed a free header, but put it wide.

It was half an hour before Consett had an effort at goal, as skipper Danny Craggs’ free-kick was deflected wide.

Five minutes later they were back in the game as Michael Sweet fed strike partner David Dowson, who picked his spot in the bottom-left corner for his 9th goal of the season.

Craggs had a penalty appeal turned down as he was blocked as he tried to run onto Dowson’s pass, and keeper Dan Gladstone saved at full stretch from Dan Hawkins as Consett finished the half strongly.

Within a minute of the restart they had taken the lead, when Craggs’ left-wing corner was flicked on at the near post and Clark Kay seemed to get the all-important touch in the ensuing scramble, though Washington put it down as an own goal by ex-Tottenham and Sunderland defender Pascal Chimbonda.

Sweet put a header straight at the keeper from Craggs’ ball in, and the Steelmen’s top scorer was then inches away from getting a touch to Hawkins’ cross as Consett began to dominate.

Another goal looked only a matter of time, and it came on 67 minutes when a swift counter-attack ended with Hawkins unselfishly squaring for Danny Craggs to tap home his 9th goal of the campaign to make it 3-1.

On 73 minutes it was 4-1 when a free-kick was cleared as far as Matty Slocombe 25 yards out, and he cracked home his first goal of the season.

After that the floodgates could have opened, and only keeper Gladstone – who had signed for Consett in the summer but left without playing a game – stood between his side and a thrashing.

He made three good saves from Sweet and another from Dowson as Consett turned the screw, but they had to be content with a 4-1 final scoreline.