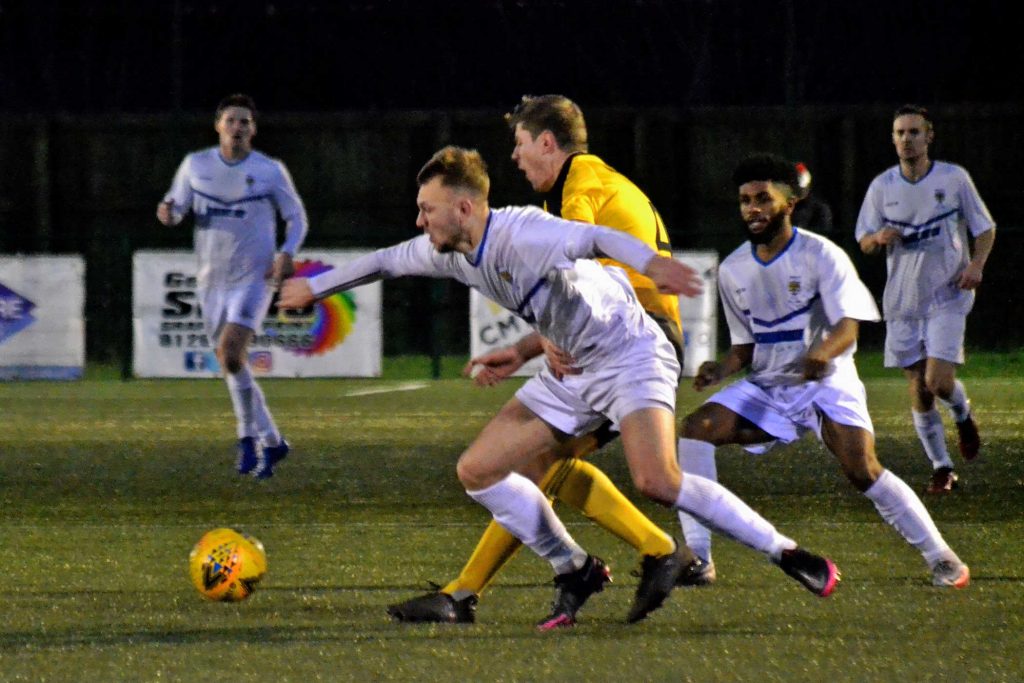 Consett’s hopes of making it to Wembley twice in one season were shattered today when they lost to West Auckland Town in the FA Vase 3rd Round.

The Steelmen, who are still waiting to play last season’s final, were beaten 2-1 at Belle View Stadium, despite dominating the opening period.

They could have already been three up by the time Dale Pearson put them ahead in the 15th minute with his 16th goal of the season, finishing from 12 yards after great work on the left by Darren Holden.

But West turned the game on its head with two goals in six minutes. They levelled in the 17th minute through Consett old boy David Dowson.

And in the 23rd minute their captain Jamie Harwood headed home from Michael Hoganson’s corner to make it 2-1 to West.

In the 35th minute things got worse for Consett when they lost influential playmaker Luke Carr with a dislocated shoulder after a heavy challenge by Gary Brown.

Just before half-time a great run and cut back by Jermaine Metz set up sub Matty Cornish, but West’s debutant keeper Decklan Greenwood made a good save.

Ten minutes into the second half the keeper – signed yesterday from Brandon United – made an even better save from Pearson’s well-struck shot.

Midway through the half Consett had Holden sin-binned for something he said to an official, and West almost took advantage of their extra man, with Kyle Hayes making a fine save to deny Jordan Blinco.

Matty Slocombe then cleared off the line from Dowson’s header from a corner as Consett found themselves on the ropes.

Even after Holden returned to the action, Consett found themselves unable to find an equaliser, and after six minutes of added time it was West who progressed to the last 32.