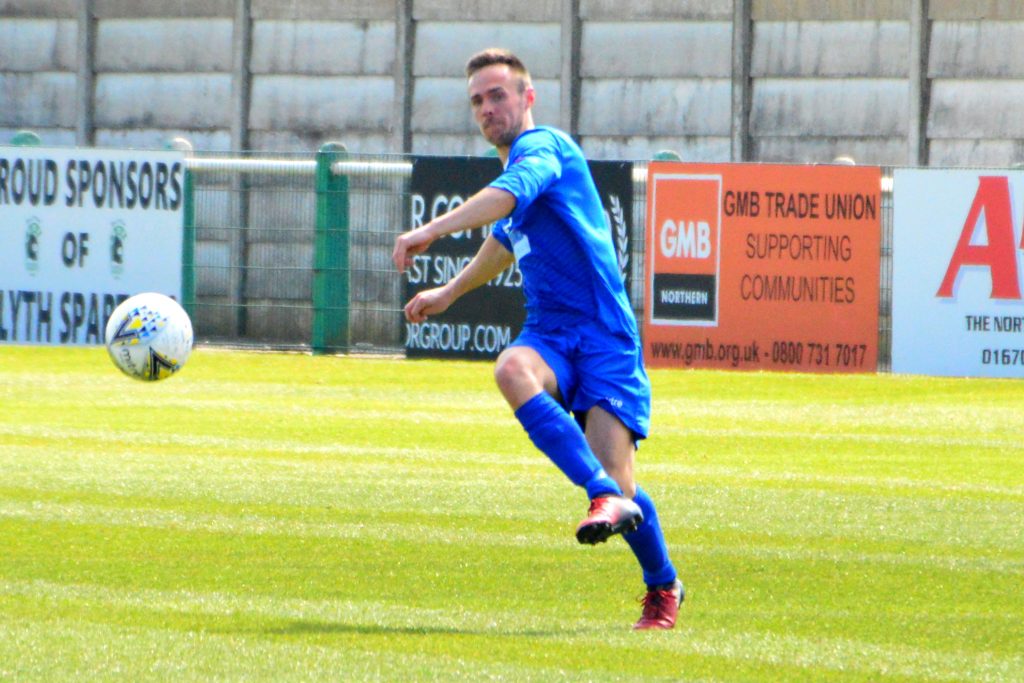 A rare goal from Matty Slocombe, pictured above, proved to be the difference as Consett beat an English Universities XI 1-0 in their last pre-Wembley friendly.

Blyth Spartans’ Croft Park ground was the venue for the behind-closed-doors game against coach Andy Coyles’ students, who had beaten National League North side Chorley 4-1 on Friday night.

Darren Holden rolled a shot inches wide at one end while Consett keeper Kyle Hayes stood up well to save in a one-on-one in the best two chances of a goalless first half.

What proved to be the winning goal came in the 54th minute, when Matty Slocombe smashed a rocket shot into the top corner, pictured below, as a half-cleared corner fell to him outside the box.

It was a well-contested game of very few clear-cut chances, though Consett were grateful to Hayes for a late save, which preserved their lead and meant they finished their FA Vase final preparations with a win.