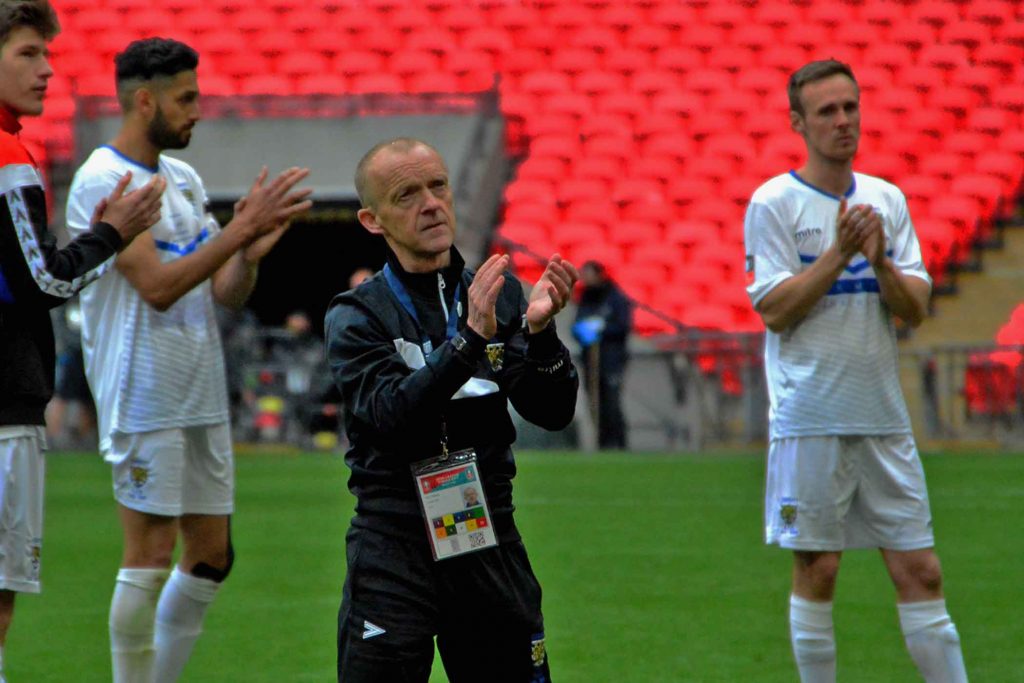 Terry Mitchell’s side took the game to their opponents from the start, and led twice in the first half, but were immediately pegged back both times.

Ali Alshabeeb gave the Steelmen the lead in the 18th minute when he went round Hebburn keeper Mark Foden and fired home from an acute angle.

However, the lead lasted less than a minute, as Hebburn went straight up the other end to equalise through Amar Purewal.

Consett suffered a big setback midway through the half when Jake Orrell was knocked out in an aerial challenge and had to be stretchered off.

In the 42nd minute Consett regained the lead when good work by Jermaine Metz down the right set up Dale Pearson, who beat his man and fired into the corner to make it 2-1.

Two minutes later the scores were level again, when Consett keeper Kyle Hayes made a good save from Louis Storey, but Michael Richardson reacted quickest to the loose ball to make it 2-2.

The second half couldn’t live up to the frantic pace of the first, though Graeme Armstrong had a good chace to put Hebburn ahead in the 56th minute.

Consett had a couple of decent chances of their own, but Calvin Smith and Luke Carr couldn’t find the target.

The goal which broke Consett hearts came in the 84th minute, when Richardson set up Hebburn sub Olly Martin to finish from close range at the far post.

Consett had more than played their part in a pulsating final, but although they did the town proud, it was promotion-bound Hebburn who became the eighth different Northern League club to lift the FA Vase.