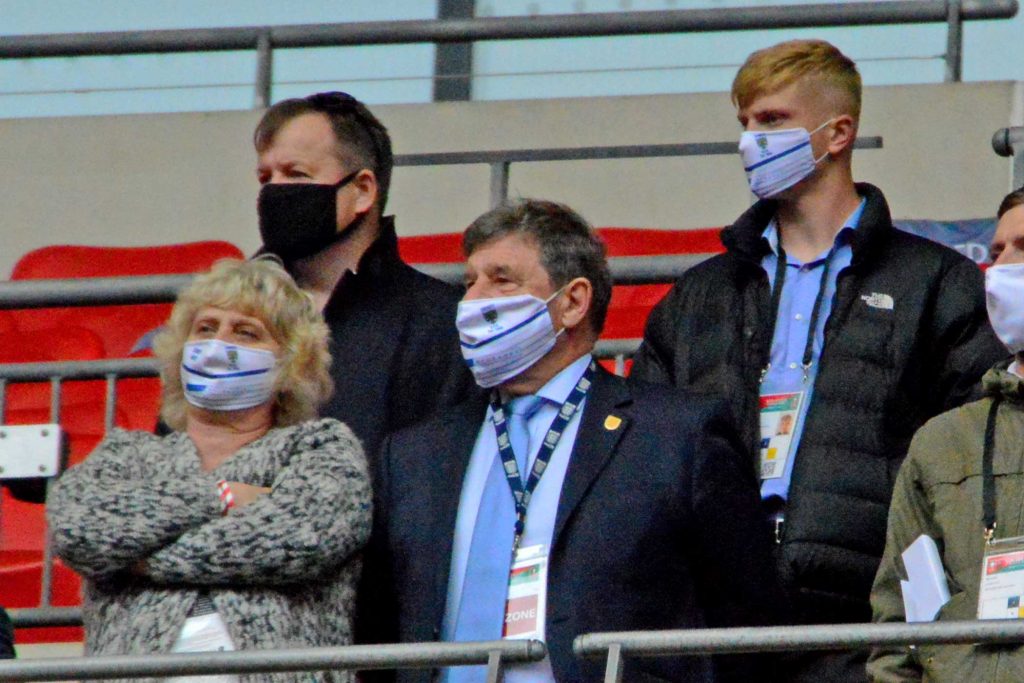 Frank was devastated after seeing the Steelmen throw away the lead twice at Wembley, before conceding a late goal to lose the delayed 2019-20 final 3-2.

But he was magnanimous in his praise for the victors, who could yet go on to retain the trophy, as they are still involved in the latter stages of the 2020-21 competition.

“I’d like to congratulate Hebburn Town on their win. We gave it our all, but it wasn’t quite enough, and they are worthy winners.

“I would like to personally thank all the senior guys at Hebburn, who have been a pleasure to deal with over the last few months as we worked together to try to make the final happen.

“With a heavy heart, I’d like to congratulate them on their win, and wish them all the very best in the new Step 4 league next season.

“They also have a really good chance of winning it again. They have a quarter-final at Warrington Rylands on Saturday, and a home semi-final if they win that.

“I wish them the best of luck and hope they go on to represent the Northern League in the final as well as they did yesterday.

“We played our part in an excellent match, but I think the fact they’d had a couple of challenging games in this season’s competition, whereas we’d mostly been playing friendlies, made a difference.

“Our lads performed really well and I’m very proud of them, but the last 20 minutes took its toll on that giant Wembley carpet, and they had more players who had 90 minutes under their belt.”