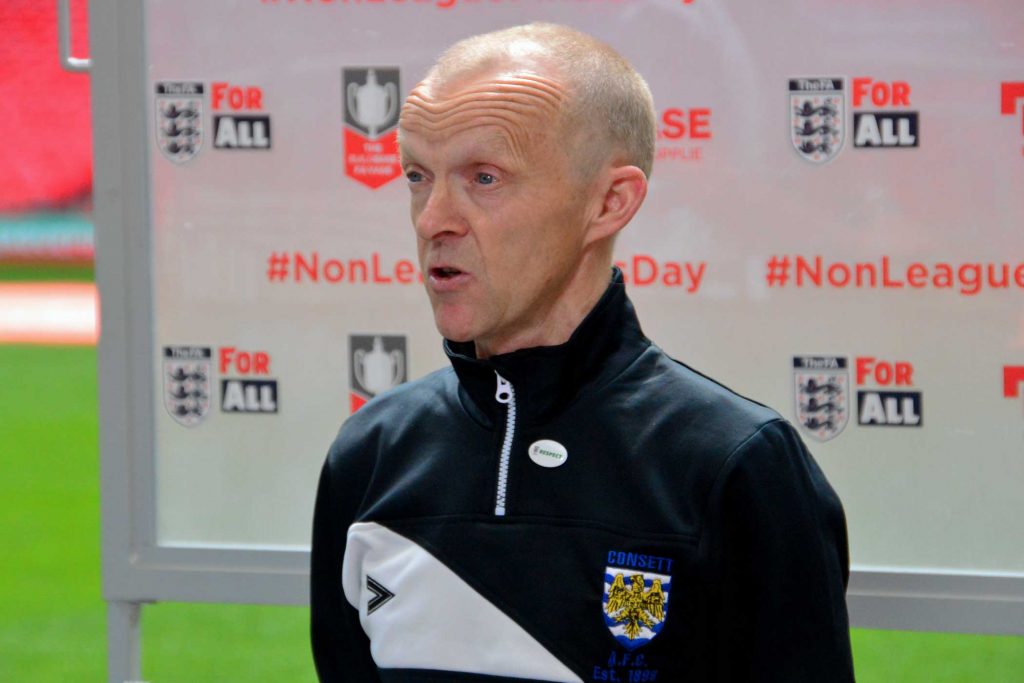 Consett AFC manager Terry Mitchell has spoken of his pride in his team, despite defeat in yesterday’s FA Vase final at Wembley Stadium.

His side took the game to their opponents, who were favourites to win, and twice took the lead in a thrilling first half, through Ali Alshabeeb and Dale Pearson.

Hebburn scored quick equalisers after both goals, however, and went on to grab a late winner through sub Olly Martin.

After the match, Terry – who lost key midfielder Jake Orrell midway through the first half after a worrying collision – said he was proud of his team.

“We’re obviously very disappointed to have lost, but I couldn’t be any prouder of the players.

“I thought we played particularly well in the first half, but we just couldn’t quite continue in the way we should have done in the second half.”

Terry admitted Consett were tactically naive in conceding goals so soon after scoring, and said his side wil have to improve their game management.

“Typical, isn’t it? A football team’s always most vulnerable after they’ve just scored. Was it the naivety of our lads?

“We were only in the lead for about five minutes. It was two minutes the first time, three minutes on the second.

“But it’s been an absolutely magnificent two days. To step out there was brilliant.”