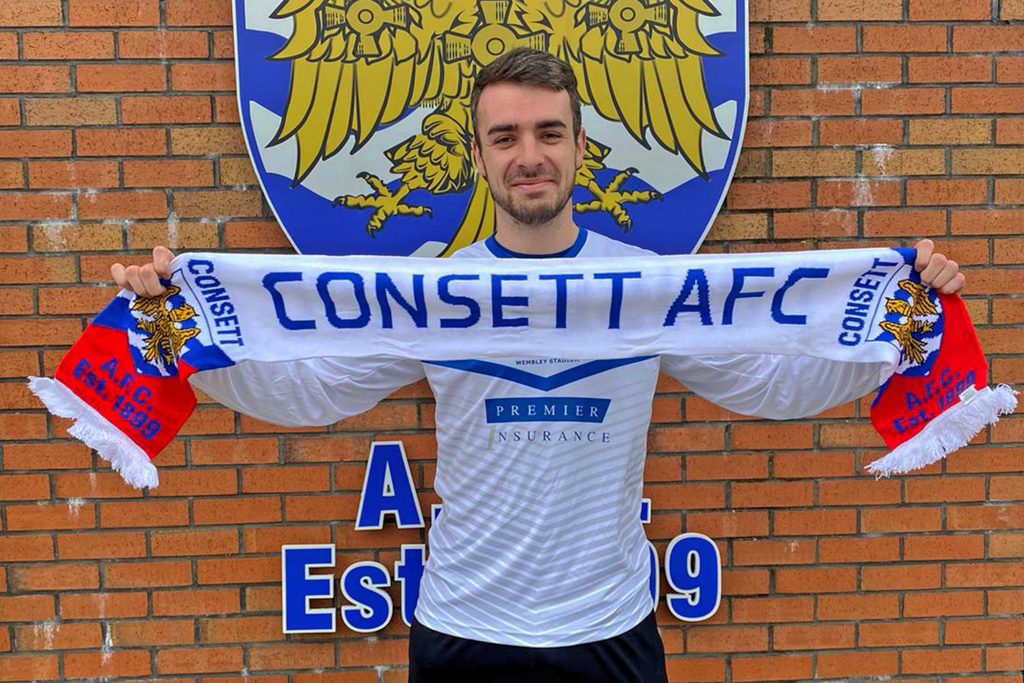 Consett have today made their first close-season signing in the shape of Sunderland RCA forward Stephen Callen.

The 27-year-old, who can play on either wing or as a central striker, has been on the club’s radar for some time.

When it became clear he was ready to leave RCA, Chairman Frank Bell moved quickly to secure his services on a long-term contract.

Stephen is actually returning to the club where he made his Northern League bow, as he made six substitute appearances for Consett as a teenager in the 2012-13 season.

He moved on to Ryton in search of first-team football, and then switched to RCA, where he has been for the last seven years.

Quick, strong and powerful, he has a great touch and a terrific shot, which he’s used to good effect against Consett on more than occasion.

Consett AFC Chairman Frank Bell said: “The club is excited and delighted to announce the signing of striker Stevie Callen on contract. This is Stevie’s second time at the club, and it’s great to have him back wearing a Conny Army shirt again.”