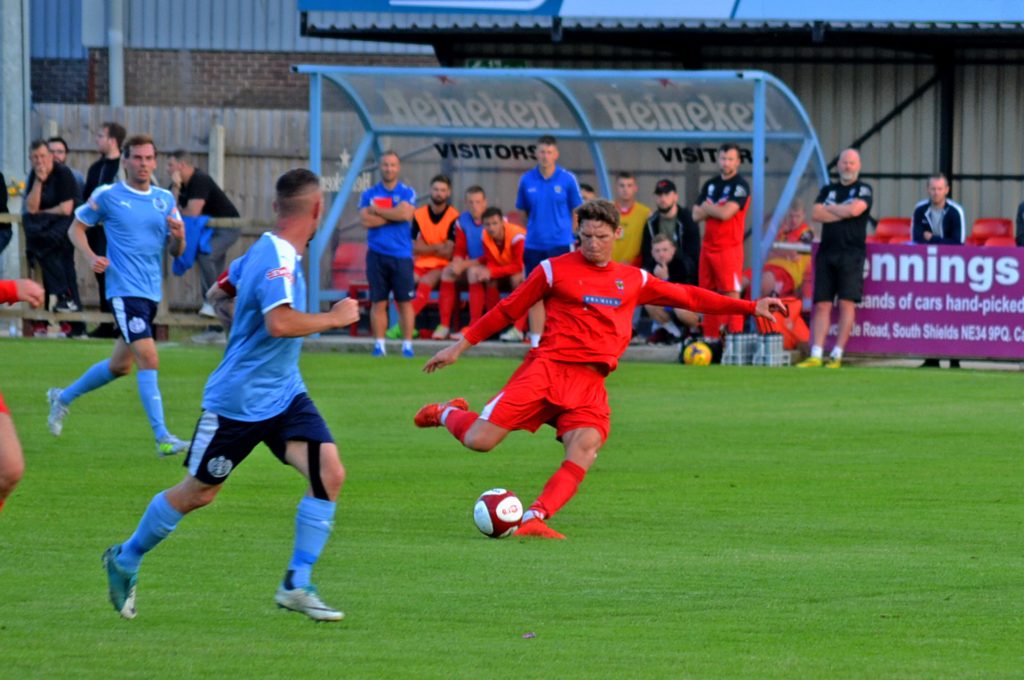 Consett AFC will pay a visit to ambitious South Shields FC as part of their preparations for the 2021-22 season.

The Steelmen will play a friendly at the 1st Cloud Arena on Tuesday 20 July, with a 7.30pm kick-off.

A match against The Pitch In Northern Premier League side will be a tough test for Terry Mitchell’s team.

Our last visit to what was Mariners Park came prior to the 2018-19 season, when Chris Moore’s Steelmen lost 2-1.

This friendly fixture could pit us against ex-Consett player Wouter Verstraaten, who is part of Graham Fenton’s squad.

South Shields have enjoyed several years of success, until the pandemic brought their momentum to a halt.

After winning a quadruple, including the FA Vase and Northern League title, in 2016-17, they won the NPL Division One North the following season.

In 2018-19 they reached the NPL Premier Division play-offs, narrowly losing to Warrington Town in the final.

When 2019-20 was declared null and void they were 12 points clear at the top of the NPL Premier table.

The decision denied them a fourth promotion in five years, and they tried an unsuccessful legal challenge.

In 2020-21 they managed to play just nine league games before the season was curtailed.

However, they enjoyed a club record run to the FA Cup 1st Round, before losing to League One Cheltenham Town

South Shields are the second NPL opponents we will face in pre-season; Morpeth Town will visit Belle View on Tuesday July 6.

More pre-season games will be announced as we confirm them.