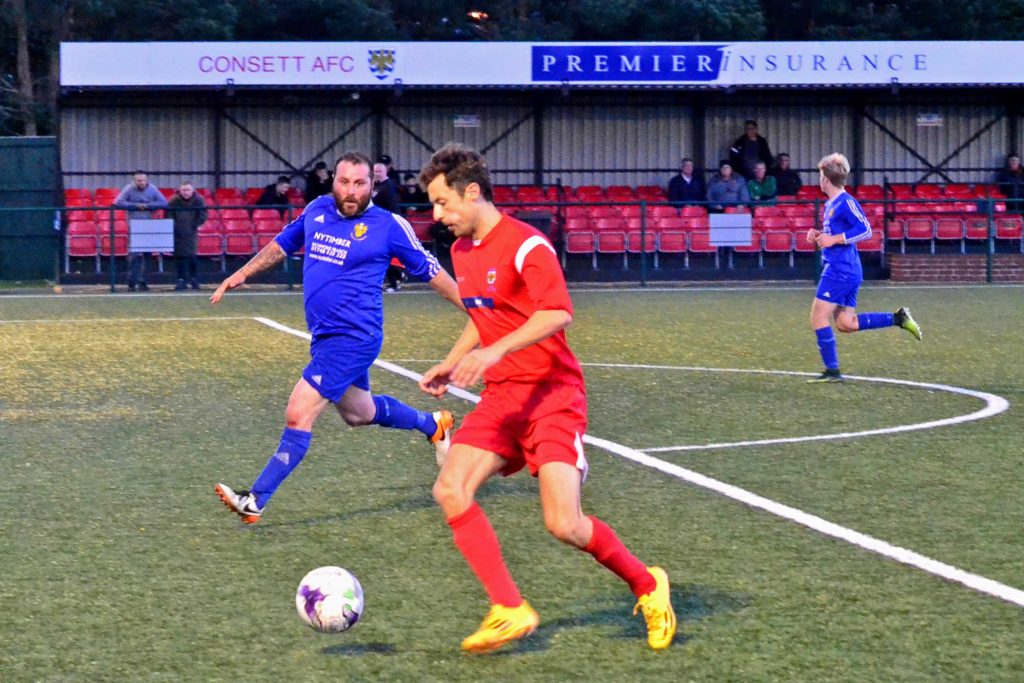 Now 36, Adam is joint manager of the North Yorkshire club, who play in the Wearside League 1st Division.

They have agreed to play the Steelmen on Saturday July 10, as part of both clubs’ preparations for the 2021-22 season.

His Northern League career also saw him play for Shildon, Bishop Auckland and Northallerton Town, among others.

The clubs’ previous pre-season meeting, on 1st August 2018, saw Michael Mackay, pictured top, and Michael Sweet both help themselves to hat-tricks in an 8-1 Belle View win for Consett.

Only four of the Steelmen on duty that day are still with the club – Mackay, Matty Slocombe, Calvin Smith and Arjun Purewal.

Jason Newall, who played for Richmond that day, is now their co-manager alongside Adam Emson.

Confirmation of the Richmond fixture now means Consett’s pre-season schedule so far looks like this (with more games to be added):

*Kick-off time to be arranged