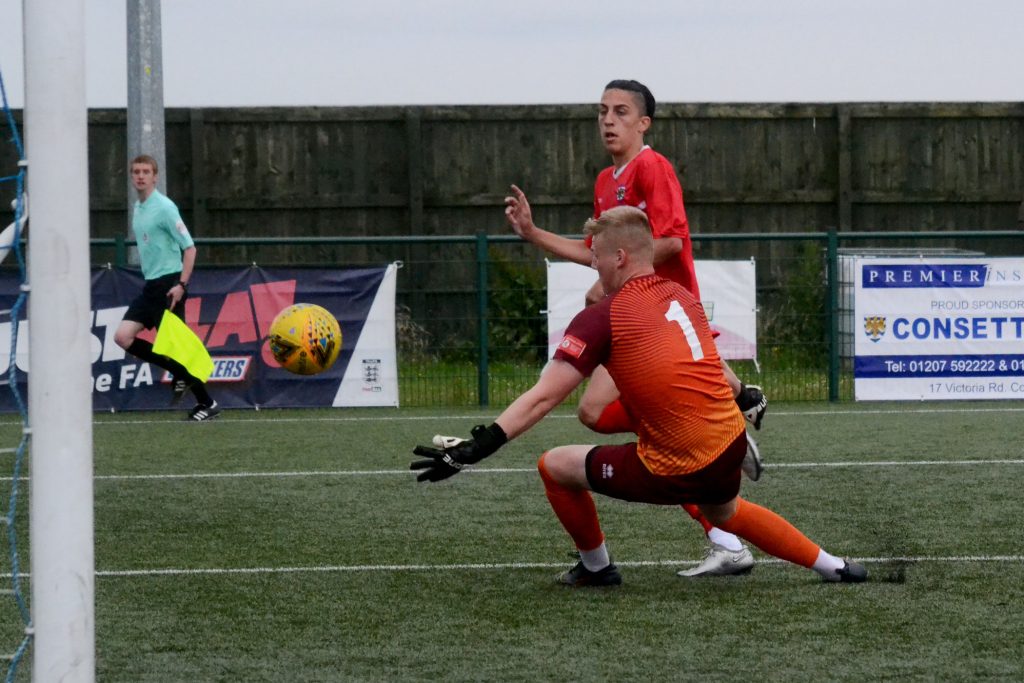 After Saturday’s false start, Consett got their pre-season preparations underway with an entertaining 4-2 win over Morpeth Town at Belle View Stadium tonight.

It was the Highwaymen’s second friendly, after a 2-0 win at fellow Northern Premier League side Shildon on Saturday.

And although the visitors, who played two divisions above Consett, fielded a strong side, it was Terry Mitchell’s Steelmen who deserved the win after a well-fought game.

But it was 1-1 on 32 minutes when Andrew Johnson curled home a fine equaliser from the edge of the box into the bottom corner.

That’s the way it remained at half-time, and the second half saw Consett ring the changes, bringing on six substitutes, including four trialists.

The changes did nothing to disrupt their momentum, however, and on 52 minutes they regained the lead when two of the newcomers combined to make it 2-1.

Five minutes later it was 3-1 when Matty Slocombe’s pass found Darren Holden in the box, and he curled a right-footed effort into the far corner.

The NPL Premier Division side showed their class again with a fine second goal in the 72nd minute, when captain Liam Henderson scored with a falling volley from Carl Finnegan’s cross.

But three minutes later Consett’s two-goal lead was restored when the trialist who had made the second goal pounced on a bad pass by the Morpeth keeper, and fired into the empty net for 4-2.

Consett’s next game is on Saturday 10 July, when they host Wearside League side Richmond Town in a 3pm kick-off.