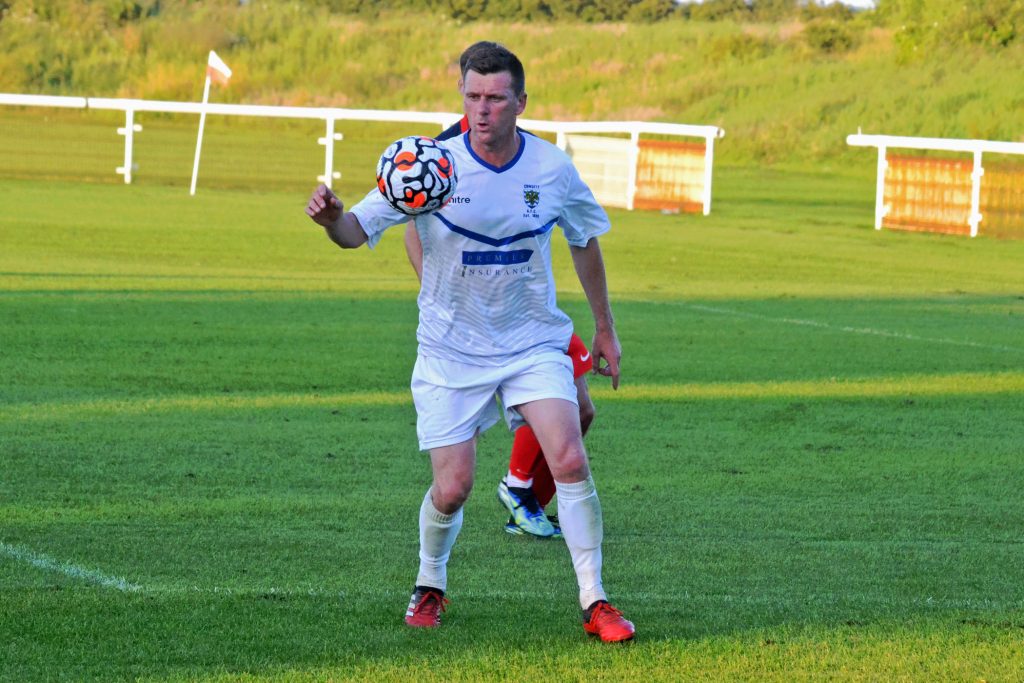 Consett are pleased to announce the signing of former Sunderland RCA striker Colin Larkin for the 2021-22 season.

Born in Dundalk, Colin was capped at U17 level by the Republic of Ireland, and turned professional with Wolves.

He has also played for Kidderminster Harriers, Mansfield Town, Chesterfield, Northampton Town, Hartlepool United, before dropping into the semi-pro game.

There, he played for Lincoln City, Harrogate Town, Gateshead, and West Auckland, before moving to Sunderland RCA in 2015.

He has been a major factor in RCA becoming an established Northern League 1st Division club, helping them to two top-five finishes, and twice reaching the 5th Round of the FA Vase.

He departed Meadow Park at the end of last season and rejoins former RCA teammate Stephen Callen at Consett.

Colin is also a former teammate of Michael Mackay, who he played with while at Hartlepool United.

An intelligent forward who brings others into the game, Colin has already made his mark in two 45-minute pre-season appearances for Consett,

He scored and provided two assists in the 4-2 win over Morpeth Town and scored our goal in the behind-closed-doors midweek friendly at Sunderland.