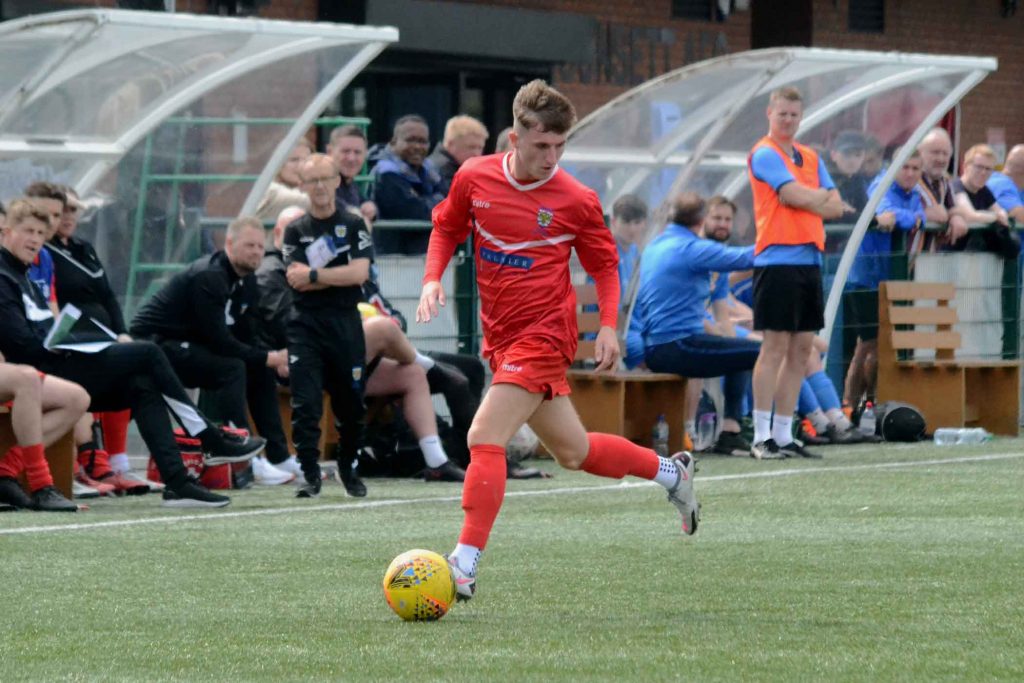 The 21-year-old has agreed terms after impressing in pre-season friendlies, in which he has scored three goals in four appearances.

He joined Blyth for the 2019-20 campaign, and spent two seasons there, making 13 starts and 4 sub appearances in the National League North.

After being released by Blyth in the summer he came to Consett on trial, and immediately impressed manager Terry Mitchell and his staff with his skill and workrate.

He scored our second goal in the 4-2 win over Morpeth, and then added two more – both excellent finishes – in the 6-2 victory over Blyth Town on Saturday.

Callum has prior experience of the Northern League, having spent a spell on loan at West Auckland Town.

Shirt sponsorship for Callum is available, at £100 for the season. Contact commercial manager Peter Foster on 07767 794119 if you’re interested in him or any other player.