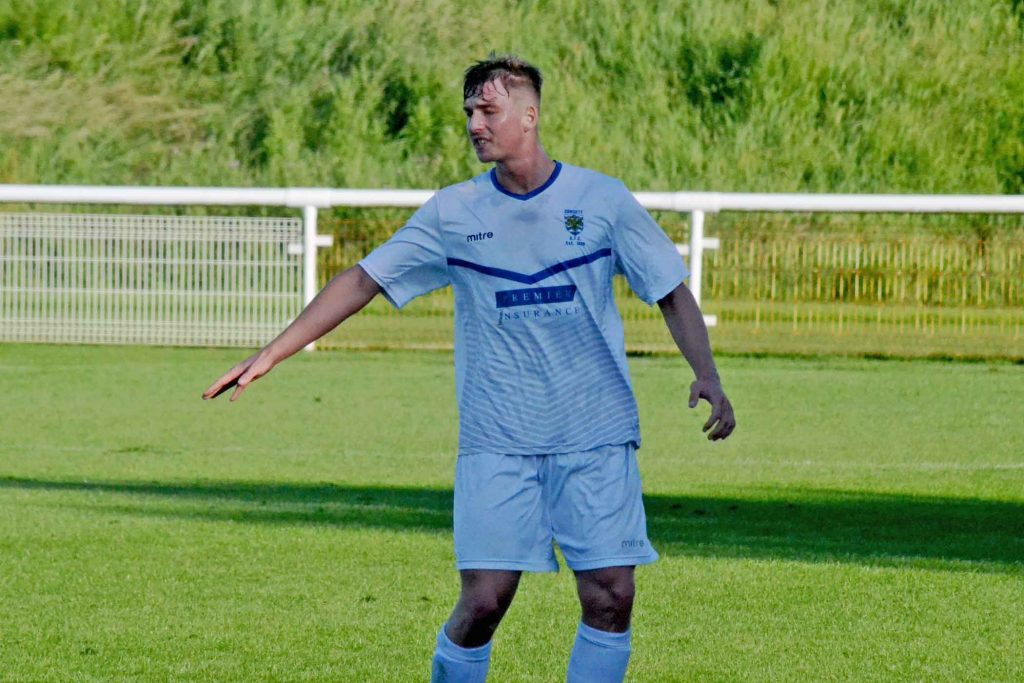 Consett have continued to build their squad for the 2021-22 season by signing former Queen of the South defender Charlie Exley.

A left-back or left-sided centre-back, Charlie has agreed terms after impressing as a trialist in our pre-season friendlies.

Born in Newcastle, he attended Gateshead College Academy for Sport, before earning a one-year professional contract with Scottish League side Queen of the South.

He spent some time out on loan with Gretna 2008, and when his contract expired he returned to the North East, joining Northern League club Whickham.

Charlie, who has lots of pace and loves to get forward to join the attack, has already shown he’s a good crosser of the ball, and also likes a crack at goal.

He scored our sixth goal in the 6-2 friendly in over Blyth Town on Saturday, and claimed the assist for our fifth goal.

Shirt sponsorship for Charlie is available, at £100 for the season. Contact commercial manager Peter Foster on 07767 794119 if you’re interested in him or any other player.