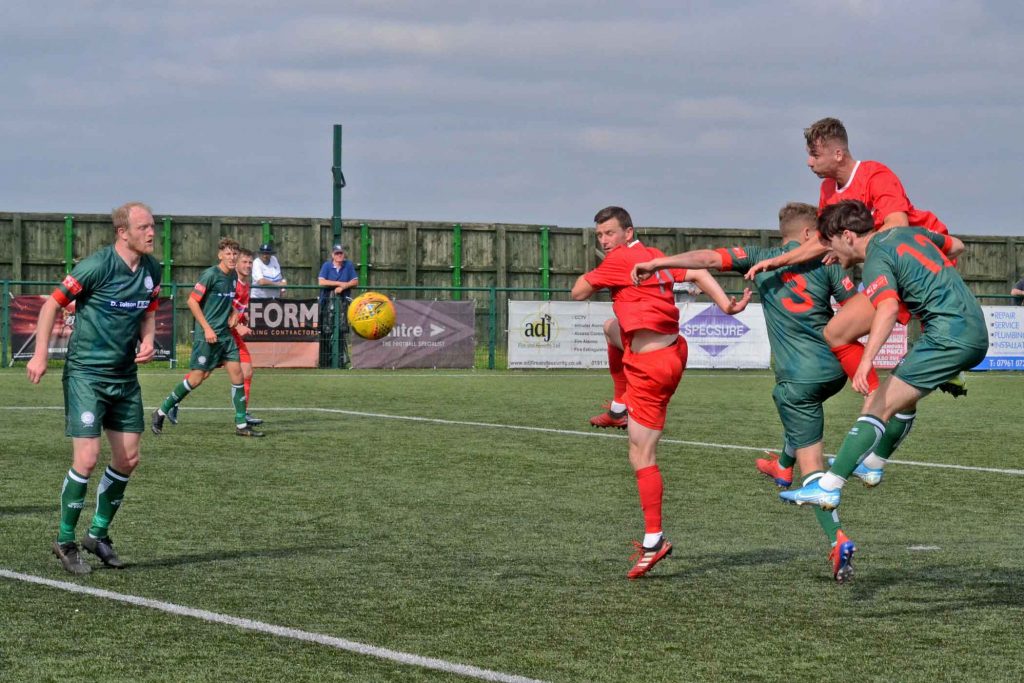 Consett completed their pre-season preparations today with a 2-1 win over Workington at a sunny Belle View Stadium.

But they left it late, with their winning goal over their Northern Premier League opponents coming from a setpiece in the 90th minute.

Consett started well, and visiting keeper Danny Eccles had already made a great double save from Dale Pearson when the Steelmen took the lead on eight minutes.

Luke Carr swung over a corner from the right, and skipper Arjun Purewal got a glancing touch to the ball which carried it over the line for 1-0.

On 22 minutes it was almost two when Carr and Colin Larkin combined to set up Callum Guy, but his effort was blocked on the line by a defender who had spotted the danger.

On the half-hour Pearson chested down a long ball and played Larkin in on goal, and it took an excellent last-ditch challenge to deny him.

The front two were combining well, and created another coupleof half-chances, but half-time was reached with the score still 1-0.

Six minutes into the second half it was 1-1 as Workington’s Dav Symington cut out a diagonal pass and homed in on goal before curling a shot past Kyle Hayes.

A string of substitutions by both sides interrupted the flow of the game, and chances were few and far between for the next 20 minutes.

Hayes had to save from Symington on 70 minutes as Workington threatened, while Consett’s trialist striker was inches away from converting a dinked cross from Larkin.

Larkin went close to grabbing the winner on 80 minutes, but his effort on the half-volley was deflected wide.

At the other end, Workington sub Carl Lightfoot looked certain to score when he got the better of young Consett defender James Metcalfe, then went round Hayes.

But somehow the teenage centre-back got back and produced a tremendous clearance off the line to keep the scores level.

Just when it looked like it would end honours even, Consett conjured up a winner in the 90th minute with almost the last kick of the game.

Carl Lawson swung over a corner from the right, and fellow sub Charlie Exley rose above two Workington defenders to power home a header to make it 2-1, pictured top.

There was no time for the Reds to reply, and the majority of the healthy crowd of 191 headed home happy with the Steelmen’s second pre-season win over higher-ranked opponents.

Consett are next in action on Saturday, 31 July, when they are at home to Seaham Red Star as the Northern League season gets underway. Kick-off is 3pm.