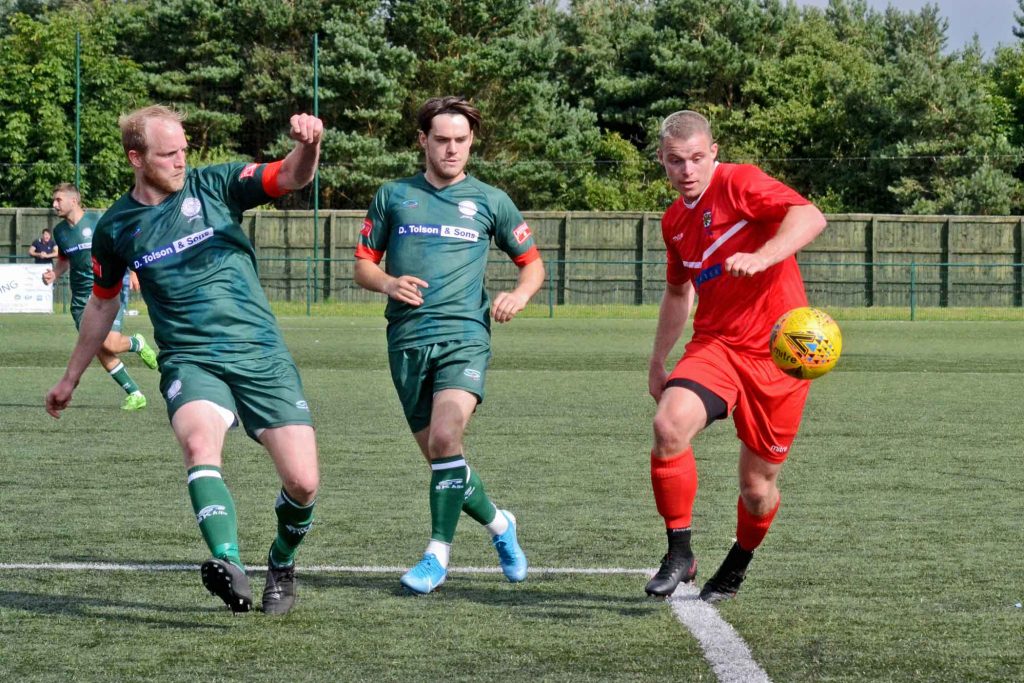 Consett today announced the signing of a new striker to strengthen their squad as they prepare for a major tilt at honours in the 2021-22 season.

Ryan King, who has been playing college football in the United States for the last five years, is to return to the club.

A Chester-le-Street lad, he first signed for Consett as a 16-year-old on 30 January 2012, after then-manager Kenny Lindoe spotted him playing for Gateshead College Academy.

He was part of the Academy sides which won the league championship and national cup in 2011 and 2012.

He made his Consett first-team debut as a sub vs Billingham Town in the Durham Challenge Cup, and scored in his first start, at home to Shildon, before he turned 17.

Ryan scored twice more before that season was over, in a 7-2 win at Stokesley.

The following season he made 12 starts, and six substitute appearances, scoring four goals.

After a two-season break he returned in 2015-16, scoring two goals in another 12 starts and five appearances off the bench.

In all, he has made 46 appearances for the club, scoring nine goals.

During his time in America he has stayed in touch with Consett, training with the club to stay fit whenever he’s been home.

Now, after finishing his stint Stateside, he’s coming back to where it all began, ready to stake his claim for a starting place.

Consett AFC Chairman Frank Bell said: “When Ryan came back from America he said there was only ever one club he was going to sign for – and that’s us.

“He will give us something different up front, and we’re delighted to have him back. He’s as excited as we are about what we hope to achieve this year.”