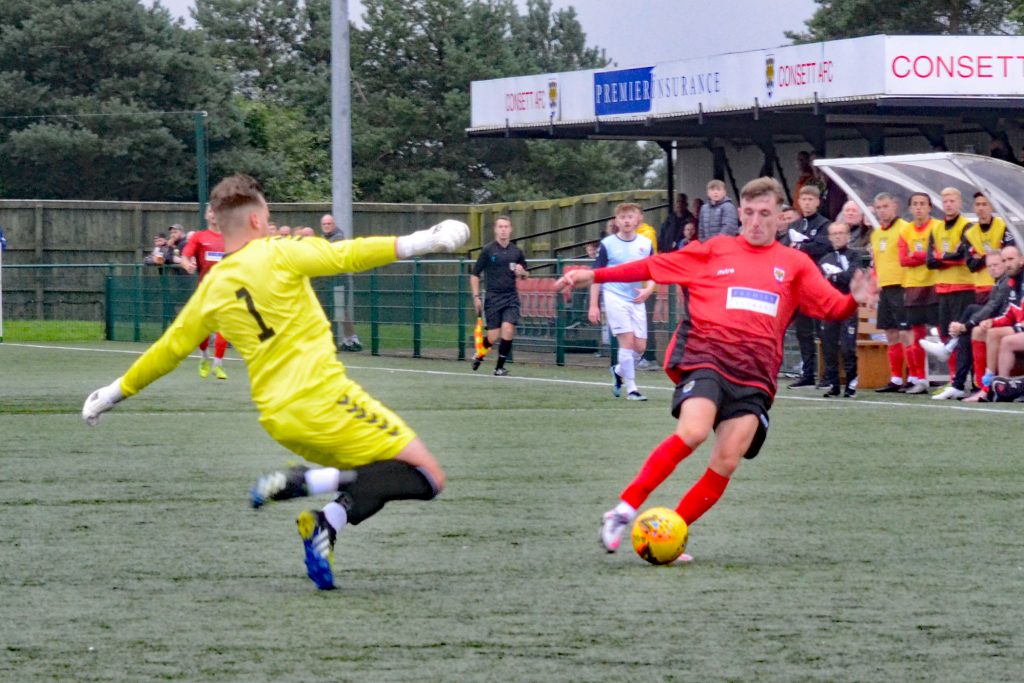 They opened the scoring in the 26th minute when Carl Lawson took Calvin Smith’s crossfield ball down on his chest, turned, and smashed an unstoppable effort in off the bar from 22 yards, pictured below.

It remained 1-1 at the break, and the Steelmen were grateful to keeper Kyle Hayes for saving with his feet from Adam Lennox in the 52nd minute.

Nine minutes later Consett regained the lead with a fine goal. Guy started the move in midfield, spraying the ball out wide for Pearson.

Consett’s tails were up, and Pearson and Exley both had chances to increase the lead before they scored a third goal to clinch the game in the 79th minute.

The final scoreline could have been more. Jennison made an excellent save from Orrell, who burst clean through after robbing Kerr in midfield, and sub Dan Marriott curled an effort just wide after Orrell turned provider.