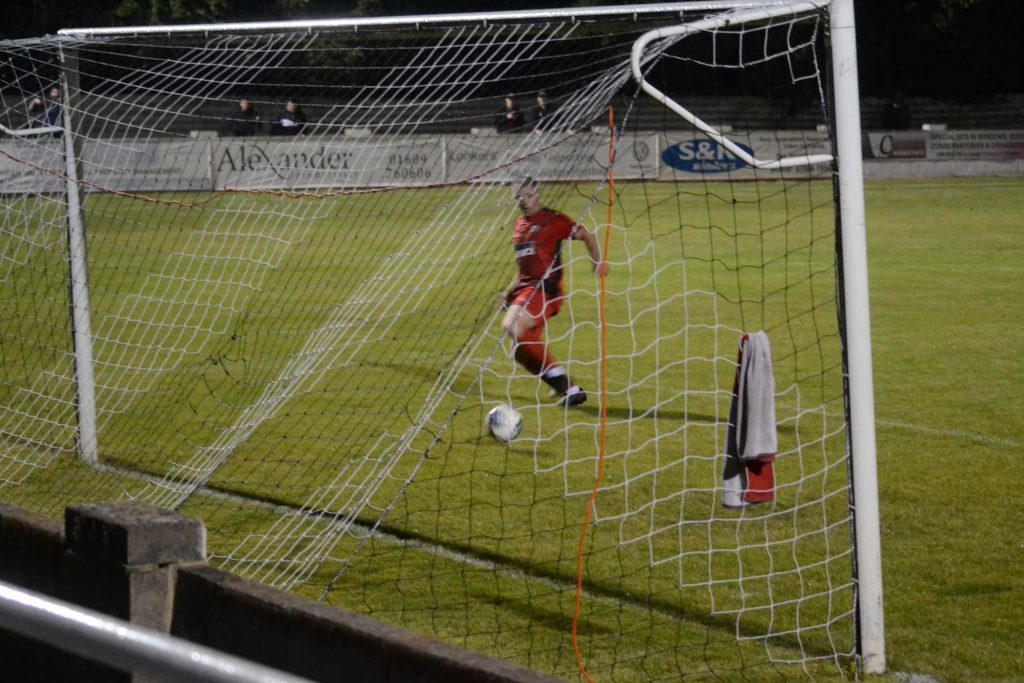 Consett made it two wins out of two as they won their opening away game of the season at Northallerton Town 2-1 tonight.

But it took two second-half goals from substitutes Colin Larkin and Ryan King to secure the points after the Steelmen went behind early on and trailed for almost an hour.

He could have added a second against a strangely lacklustre visiting side when he was clean through on 31 minutes, but shot inches wide of the far post.

Consett had plenty of the ball but offered little in the way of real attacking threat in the opening half, and the Northallerton keeper didn’t have a save to make.

They levelled in the 63rd minute when Dale Pearson took down a pass and fired goalwards. His effort looked like it was rolling in, but Colin Larkin, who’d only been on the field a few minutes, made sure to make it 1-1.

He tapped the ball over the line from maybe a foot out to mark his debut appearance with a goal – surely some sort of club record at the age of 39!

A great piece of skill by Dan Marriott then took him to the byline, where he pulled the ball for Pearson, who saw not one but two shots blocked by some determined defending.

Ryan King, who’d come on as a sub midway through the second half, thought he’d won the game for Consett in the second minute of added time.

He bundled the ball over the line after the keeper dropped it under challenge, but the referee decided that skipper Arjun Purewal had fouled him.

But the visitors were not to be denied, and in the 93rd minute Ryan King took advantage of a miskick by the keeper to run through and slot home into an empty net, pictured top, and make the final score 2-1.

The result means Consett are one of only three teams who have won their first two games in Division One of the Northern League. The others are Newton Aycliffe and Newcastle Benfield.