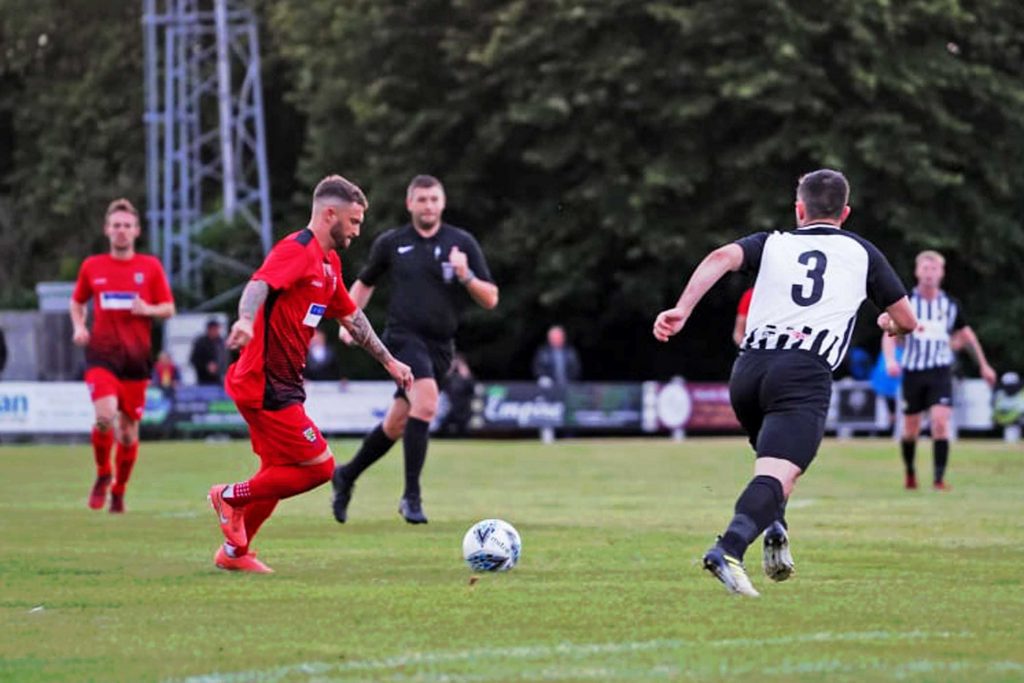 Consett made it three wins out of three tonight and progressed in the FA Cup after a thrilling come-fro- behind 3-2 victory at Whickham.

As with the midweek league game at Northallerton, it was another late show from the Steelmen, as they were twice forced to come from behind against a lively Whickham side.

They levelled twice through goals from Luke Carr and Jake Orrell before an 89th-minute header from substitute Carl Lawson sent the large travelling contingent of Consett supporters home extremely happy.

Consett had all the early chances, but succumbed to a sucker punch in the 14th minute as Whickham took the lead with their first attack of note.

A good cross from the right wing found Scott Robson 12 yards out and although Kyle Hayes got a good hand to the shot, he could only help it into the bottom corner of the net.

Parity was deservedly restored in the 16th minute as the increasingly influential Luke Carr picked the ball up in midfield and advanced towards goal and as the home defence backed off, pictured top, the number 8 unleashed an unstoppable shot past Norton into the bottom right corner.

While the first half was end to end, the second was much tighter, and while Consett dominated possession they were finding it increasingly difficult to make any headway.

They were made to pay the price on 70 minutes as Whickham substitute Damien Stevens burst through a hole in the Consett defence and finished calmly past Hayes to restore the home side’s lead.

On 75 minutes Dale Pearson turned provider as he laid the ball into the path of Jake Orrell 12 yards out,, and while most people were expecting the midfielder to look for a colleague, he expertly curled a shot past Norton into the top corner from a tight angle.

Not happy to settle for a replay, the Steelmen sensed a winner and in the 89th minute Pearson smashed a shot off the underside of the bar.

While players and spectators looked towards the assistant referee, pleading for him to signal that the ball had crossed the line (it hadn’t), substitute Carl Lawson calmly headed in from a few yards out.

The goal sent the massed ranks of the Conny Army behind that goal into raptures and the team into the Preliminary Qualifying round of the FA Cup and a home tie with Bridlington Town.