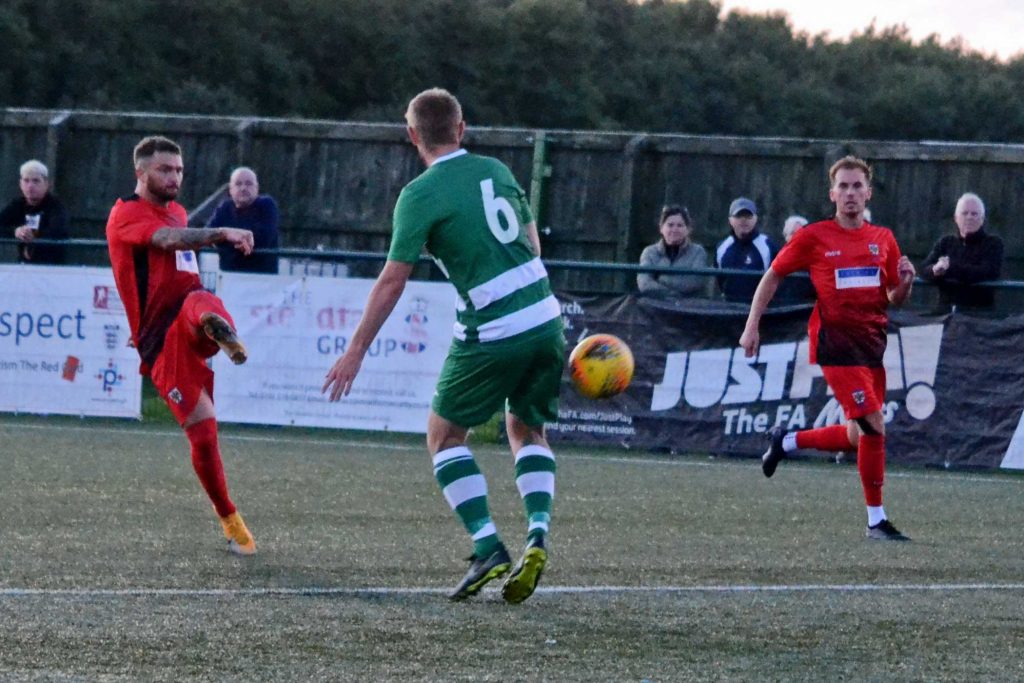 It took 40 minutes for Terry Mitchell’s side to break down his old club, and when the goal came it was a good one.

Carl Lawson’s pass from the left picked out Dan Marriott, and the young midfielder smashed the ball home from eight yards for his first senior goal for the club.

Three minutes later it was 2-0, as Carr’s right-wing cross was flicked goalwards by the head of skipper Arjun Purewal,. No one seems quite sure how it crossed the line until we’ve watched back the footage, but a goalkeeping error seems likely.

Eleven minutes into the second half it was 3-0, as Dale Pearson latched onto Jake Orrell’s pass, rounded the keeper, who’d come racing out of his area, and walked the ball into the unguarded net.

Two minutes later the big striker turned provider for the goal of the game, hitting a superb crossfield pass from right to left, which Luke Carr crashed home on the half-volley from 20 yards to make it 4-0, pictured top.

It was the striker’s third goal of the season, making him our top scorer, and his 50th goal for the club in just his 59th game.

Next up for Consett are Newton Aycliffe, the only other club in the 1st Division with a 100% record this season. Kick-off at Belle View is 3pm on Saturday, and it should be a cracker.