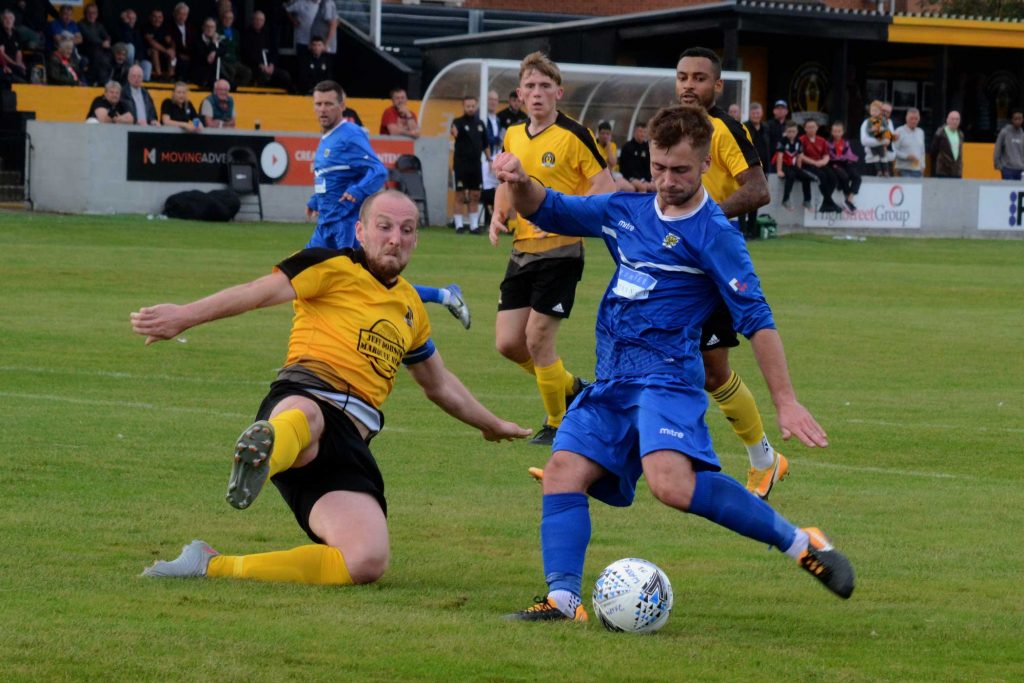 Consett lost in the Northern League for just the second time this season today, as they were beaten 3-1 at West Auckland after playing for an hour with 10 men.

A turgid first half exploded into life on 31 minutes when West defender Liam Potter committed a cynical foul on Consett striker Dale Pearson as he threatened to burst through on goal from midfield.

Unfortunately, the league’s top scorer kicked out at his assailant as he fell, prompting the referee to show him a straight red card. Potter received just a yellow.

Three minutes later the home side took the lead, as Adam Mitchell hit an absolute screamer into the top corner from 25 yards.

It remained 1-0 to West at half-time, and the game swung on another controversial incident two minutes into the second half.

Consett had a big penalty shout turned down after Potter climbed all over Luke Carr in the box, West broke up the other end and doubled their lead through Corey Nicholson.

The Steelmen made a double change on 63 minutes, with Ryan King and Colin Larkin replacing Calvin Smith and Stephen Callen, and the bold move paid immediate dividends.

On 66 minutes they had reduced the deficit to one goal when Jake Orrell latched onto a pass and smashed a shot into the roof of the net, pictured top.

On 75 minutes Larkin brought a good save from West’s ex-Consett keeper Ross Coombe, and fired the rebound into the side netting.

Ten-man Consett pressed hard for an equaliser, but conceded again in the sixth minute of added time when another old boy, David Dowson, took advantage of a defensive lapse to make it 3-1.

Despite the defeat, Consett remain top of the league, though Thornaby cut their lead to four points with a 4-0 win at Guisborough, and Ryhope CW a point further behind after a 5-1 win at West Allotment.