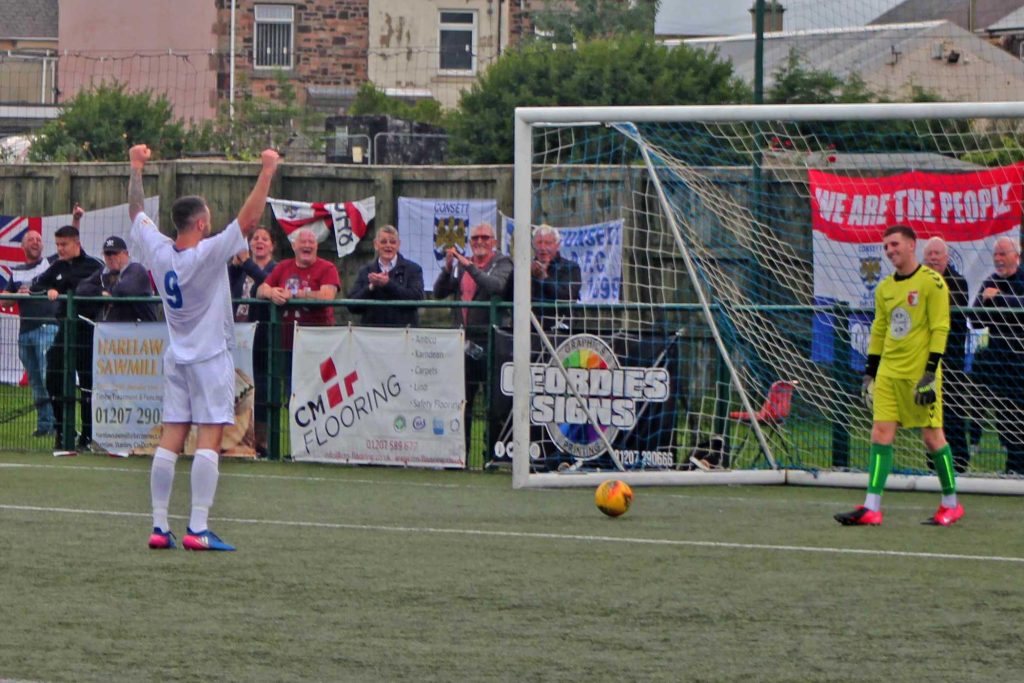 Consett got back to winning ways with a hard fought 2-0 win against a resilient Sunderland RCA side.

The match, played in front of another impressive crowd of 477 at Belle View, extended their lead at the top of the Northern League 1st Division to six points.

The line-ups had an element of ‘old boys’ about them, as Consett’s strike force of Stephen Callen and Colin Larkin both played for RCA last season, while the visitors included ex-Steelmen Simon Jakab and Dan Hawkins.

The first half saw the sides largely cancel each other out, and with neither keeper having a save to make, it was no surprise that the score was 0-0 at half-time.

Consett started the second half in much brighter fashion, and got the breakthrough in the 64th minute when an inswinging corner from Jake Orrell was headed home from five yards by skipper Arjun Purewal, pictured below.

From an early stage it had looked like a game that would be won by a single goal, but Consett secured the points with a second that had a touch of both fortune and comedy about it.

Visiting keeper Keaton Marrs had the ball at his feet and was under no pressure, but his attempted punt up the field hit the retreating Stephen Callen firmly on his backside 10 yards out and rebounded into the goal, past the helpless keeper.

They say strikers have a habit of scoring against their former sides, but there can’t have been too many scored like this!

Although it was far from Consett’s best performance, these are the type of games that potential champions must win – hard fought against strong opponent, and keeping a clean sheet.