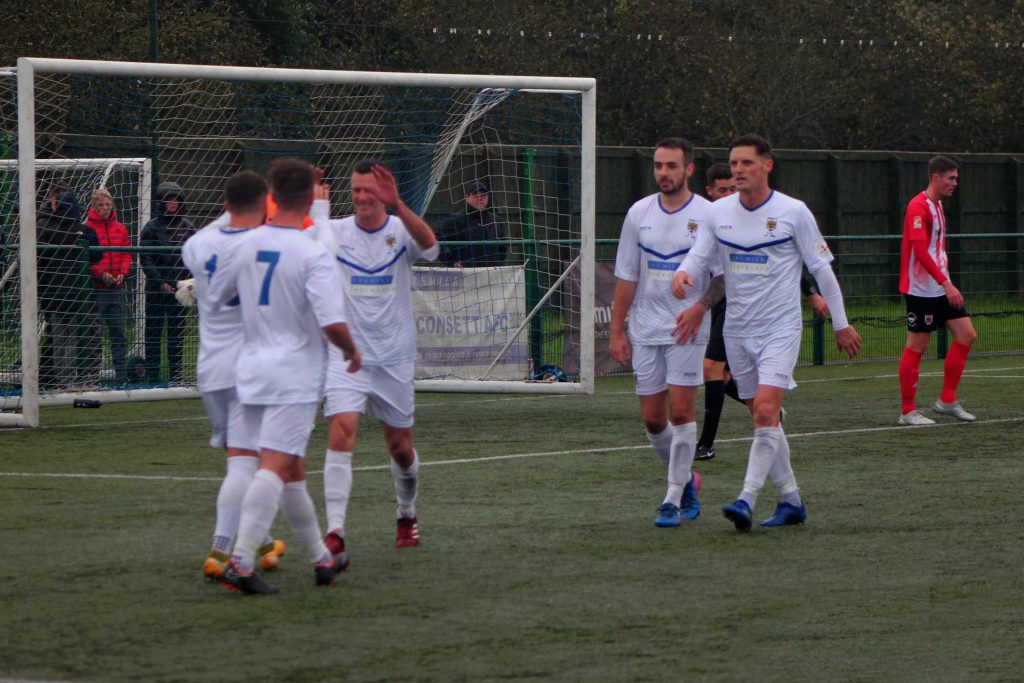 Consett maintained their six-point lead at the top of the Northern League 1st Division with a comfortable 3-0 win over Guisborough Town today at Belle View Stadium.

Jake Orrell got them off to a flying start, firing home with just four minutes gone when the referee played a good advantage after Stephen Callen was dragged back.

The lead was doubled on 27 minutes when Luke Carr latched on to a long ball down the left and played a superb cross into the box, which Colin Larkin half-volleyed home.

The points were secured on 68 minutes when Luke Carr was brought down in the box, and picked himself up to convert the resulting penalty and make it 3-0.

West Auckland, who started the day in second place, dropped two points after drawing 2-2 at Ryhope CW, and dropped to fourth.

Newton Aycliffe went second after their 3-1 win over Redcar Athletic, while Thornaby are third after a 1-0 victory over Whitley Bay.