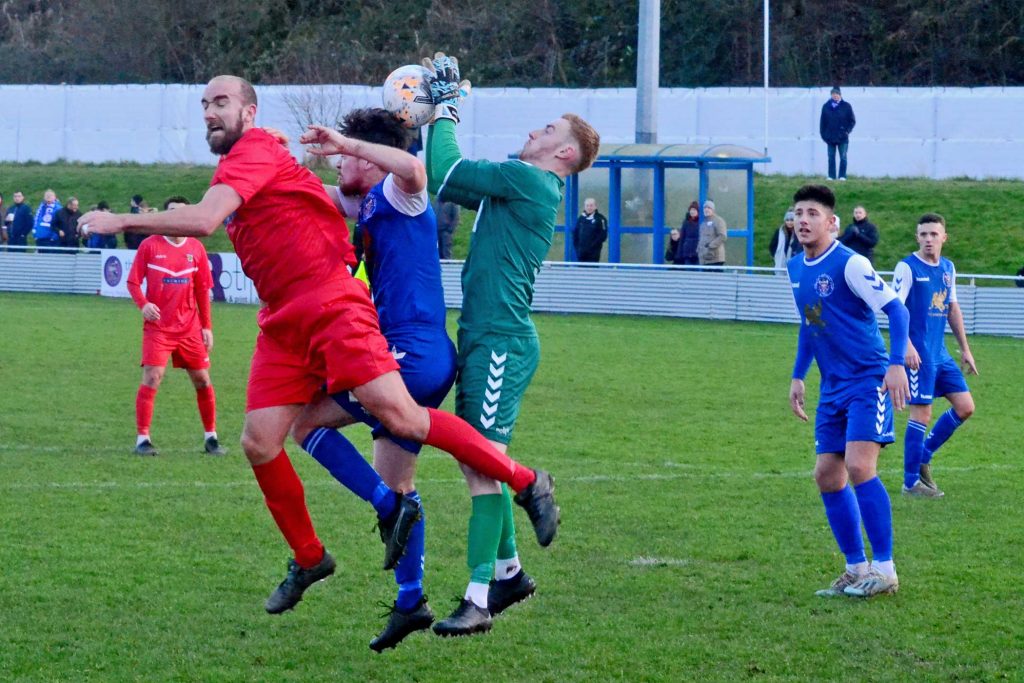 Consett were today handed a trip to fellow Northern League side Thornaby in the FA Vase 2nd Round.

The Teessiders have been one of the leading group of clubs this season, and drew 2-2 at Belle View back in August.

Our most recent game at Thornaby was in January 2020, pictured, when we won 5-0 in a Division One game which was our first visit to Teesdale Park for 15 years.

The clubs have never met in the FA Vase. The game will be played on Saturday, 20 November, with a 3pm kick-off.

The rest of the draw as it involves Northern League clubs is as follows:

Our progress in the FA Vase game means two of our Northern League fixtures have been rescheduled.

The away game at West Allotment Celtic, which was on Saturday, 27 November, will now take place on Tuesday, 23 November, with a 7.30pm kick-off.