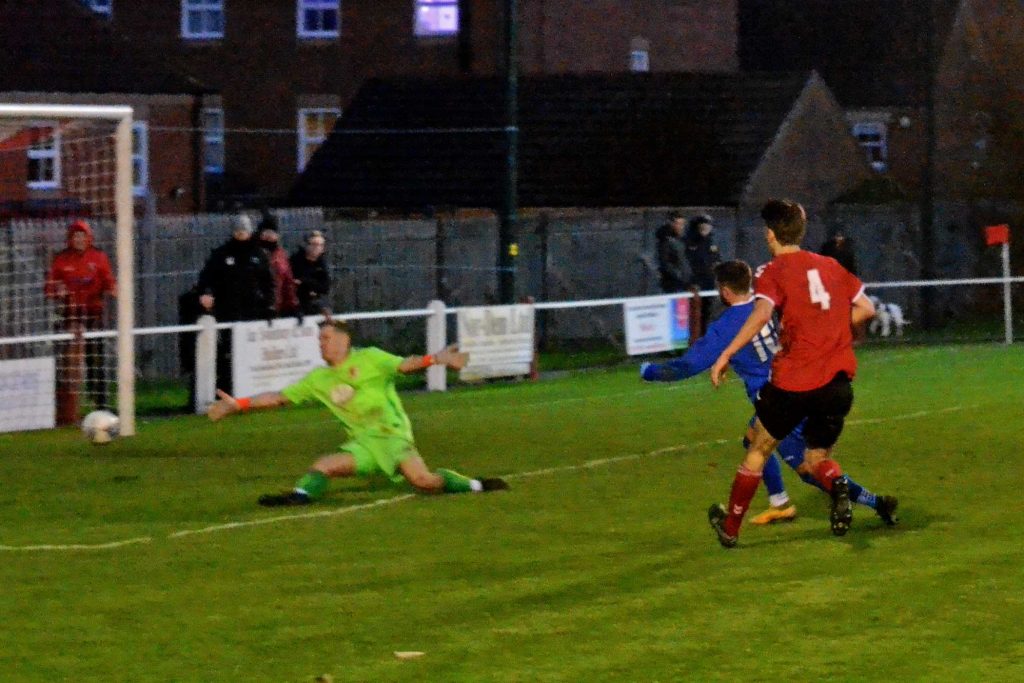 Consett maintained their three-point lead at the top of the Northern League with a hard-fought 2-1 win at Sunderland RCA today.

They took the lead at a blustery Meadow Park on 22 minutes when RCA old boy Colin Larkin‘s great run saw him finish a Jermaine Metz cross from close range.

Larkin almost made it two on 33 minutes when he latched onto a through ball by another ex-RCA player, Carl Lawson, rounded the keeper, but could only find the side netting from a tight angle.

It was a game of few clear-cut chances, but midway through the second half RCA found an equaliser when Matty Weirs got in behind his man to make it 1-1.

Consett then had to thank goalkeeper Ross Coombe – making his second debut for the club after three years away – for tipping another effort by Weirs onto the woodwork.

And the Steelmen got the winner with eight minutes to go when a sublime flick by Larkin picked out Luke Carr‘s run, and the playmaker held his nerve to finish from 10 yards, pictured top.

The win means Consett remain three points clear at the top of Division One, while second-placed West Auckland plus Thornaby and Ryhope CW from the chasing pack also won. North Shields did not play, and Newton Aycliffe surprisingly lost at home to lowly West Allotment Celtic.