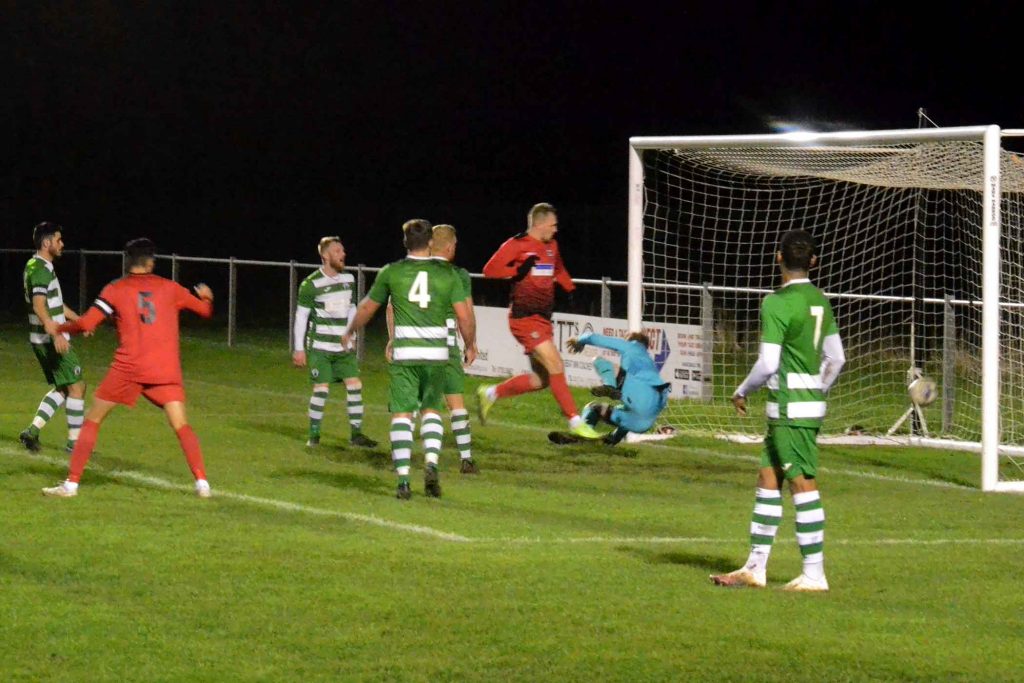 Consett went seven points clear at the top of the Northern League tonight after showing their quality in a 3-1 win at West Allotment Celtic.

The Steelmen’s hosts had won four and drawn one of their last five league games, which made them Division One’s form team.

But Terry Mitchell’s side extended their own unbeaten run to eight games with some clinical finishing on their first-ever visit to East Palmersville Sports Stadium.

After a nip and tuck first half-hour, in which neither side created a chance of note, the game came to life on 31 minutes when Consett took the lead.

A short corner routine saw Jake Orrell drive into the box and tee up top scorer Dale Pearson for his 16th goal of the season from close range, pictured top.

Skipper Arjun Purewal almost made it two on the stroke of half-time with a header from Orrell’s corner, only to be denied by the post.

But it was 2-0 in the first minute of added time when Orrell put a superb cross in from the left and Luke Carr scored his ninth goal of the season with a thumping header.

Consett made sure of the points in the 70th monute, when Carr repaid the compliment with a great through ball for Jake Orrell, who shimmied his way into the box before finishing into the corner.

West Allotment pulled a goal back in the 79th minute through sub Owen Carr, and although they went close to adding a second through Callum Larmouth, Colin Larkin almost restored Consett’s three-goal advantage after being played in by Pearson, but fired into the side netting.