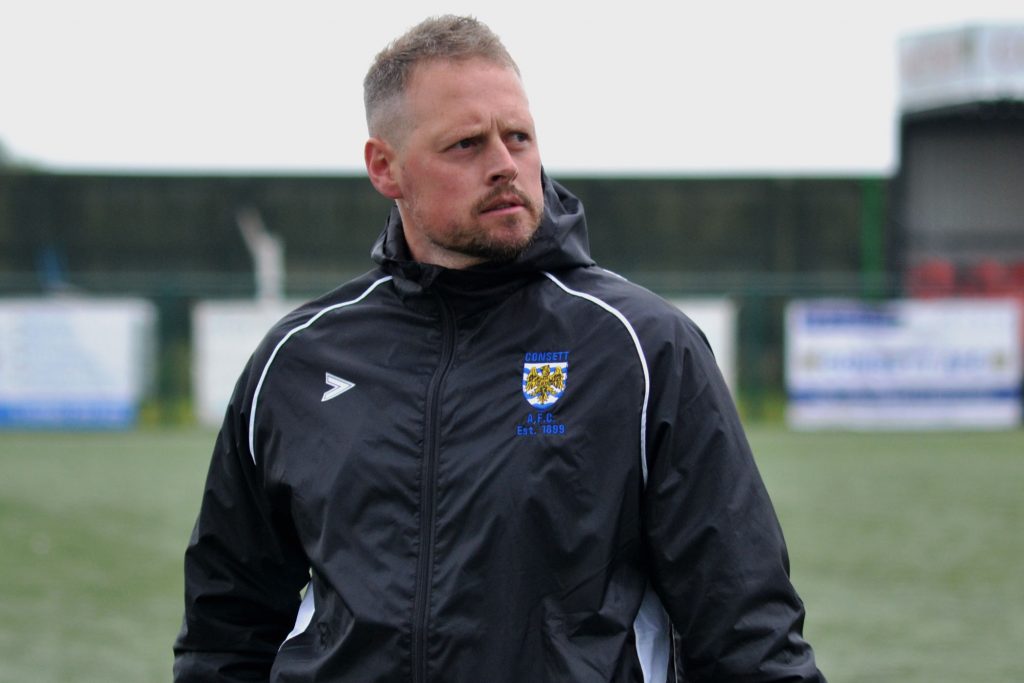 Coach Andy Coyles, pictured top, will take over as temporary manager of Consett AFC for the “foreseeable future”, with Ben Cole as his assistant.

Andy, who was with Whitehaven and Workington during his playing days, joined our backroom team just before the start of the 2019-20 season.

A holder of the Uefa ‘A’ licence, he is senior lecturer and practitioner in sport coaching/PE at Northumbria University in Newcastle, and head coach of the England Universities men’s football team.

He spent three years as a coach at Stoke City before relocating to the North East, and had a spell as manager of Northern League side Penrith.

Ben, pictured below, is an ex-Middlesbrough pro who joined Consett in September 2014 to provide specialist goalkeeping coaching.

As a player, he was ever-present for Kenny Lindoe’s Brandon United side when they won the Northern League title against all the odds in 2002-03.

He hung up his gloves, but was forced to come out of retirement three times in 2016 to solve goalkeeping crises. He’s now retired for good as a player, but remains a popular figure at the club.