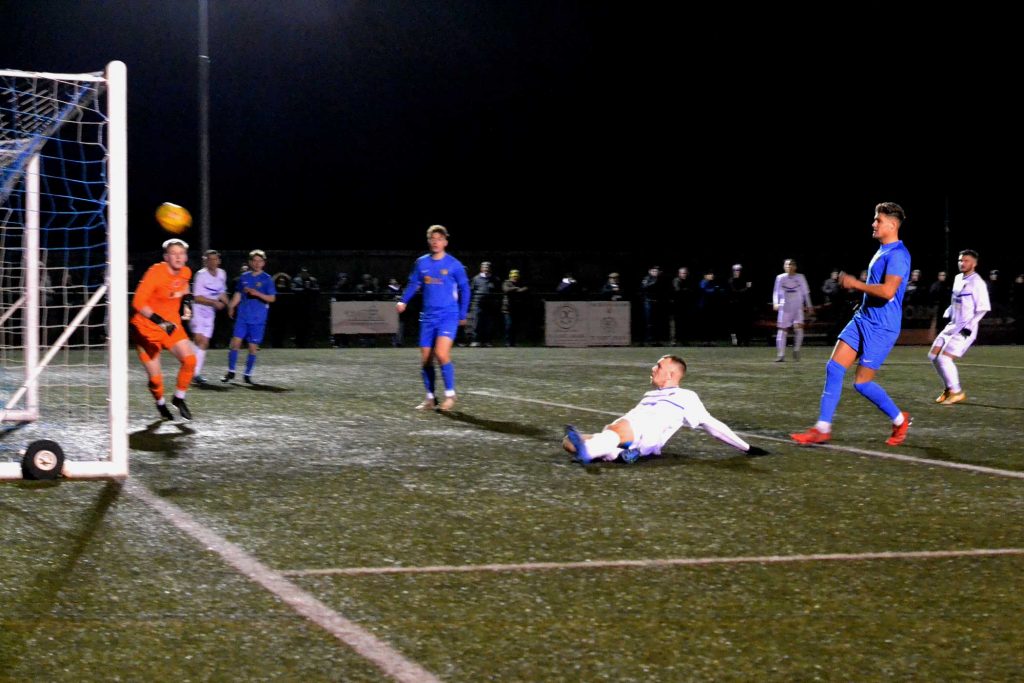 But the Steelmen had to do it the hard way in their first game since former manager Terry Mitchell and his assistant Graeme Coulson left for Blyth Spartans.

Whickham took the lead against the run of play in the 19th minute when Zak Atkinson converted a right-wing cross from close range.

Consett responded well, with Luke carr firing just wide, Colin Larkin forcing the keeper into a good save at his near post, and Larkin again heading just wide from Jake Orrell’s cross.

But they levelled in the 41st minute when Whickham right-back Ryan Bolton hauled down Olly Scott, and the referee had no hesitation in pointing to the penalty spot.

Striker Dale Pearson stepped up to take it, and calmly slotted home his 17th goal of the season to make it 1-1.

Right in half-time Consett almost took the lead when Arjun Purewal flicked on a ball into the box, and James Martin’s header beat the keeper but came back off the post into his arms.

It remained 1-1 at the break, but Consett took just five minutes of the second half to get what proved to be the matchwinning goal.

When Whickham’s keeper could only parry Orrell’s well-struck 25-yarder, Larkin was first to the rebound to square for Dale Pearson to net from a few yards out, pictured top.

The big striker thought he had his first hat-trick of the season two minutes later when he beat the keeper to a loose ball after Larkin’s shot was blocked, but he was ruled offside.

The only black spot of the night came in the 85th minute when Dan Marriott, who came on as a sub for Darren Holden just before half-time, was sent off.

He was shown two yellow cards in the space of five minutes, first for kicking the ball away, and then for a fairly innocuous foul. Sadly, the red card which followed rules him out of next weekend’s FA Vase game at Newcastle Benfield.

The majority of the bumper Friday night crowd of 568 headed home even happier when they heard that second-placed West Auckland Town had unexpectedly lost, 5-3 at home to West Allotment Celtic. That means Consett are now 10 points clear at the top of Division One.