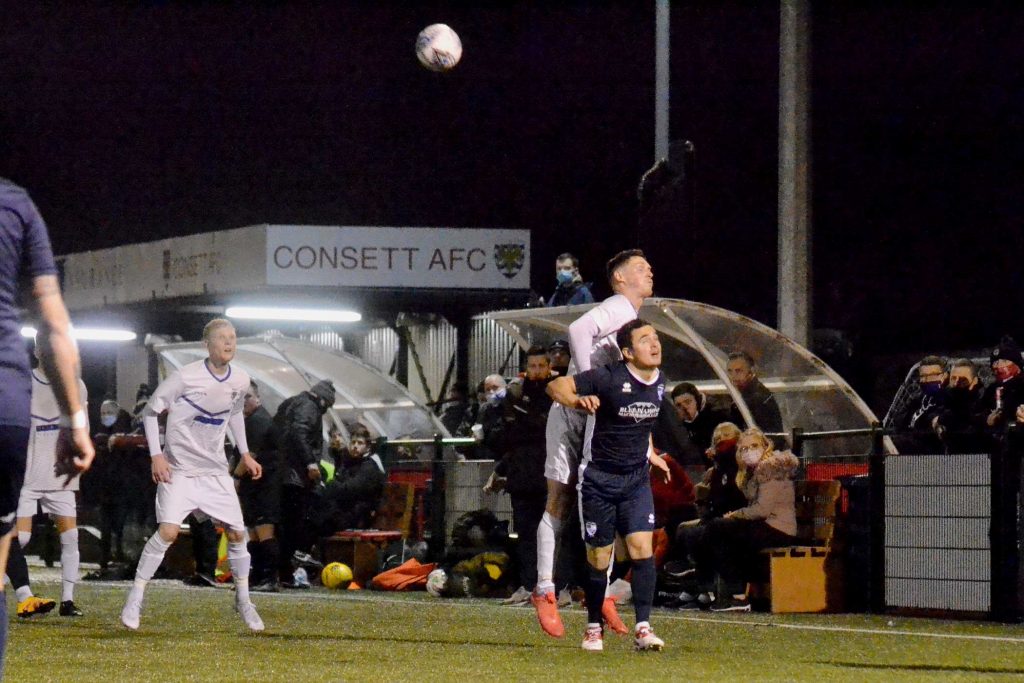 The 2nd Round game will see them come up against two former Steelmen in Michael Sweet and Danny Craggs, who are both with the Railwaymen, who now play in the Northern Premier League East Division.

The tie is due to take place at Belle View Stadium in the week preceding January 22, which means our scheduled midweek League Cup game at Billingham Synthonia will probably have to be moved, as county cup ties take precedence.

It will be our first fixture in the newly-renamed competition this season, after previous scheduled opponents Durham City and Tow Law Town both withdrew, giving Consett two walkovers.

We have met Shildon in the Durham Challenge Cup 11 times since the Second World War, most memorably beating them on penalties in the semi-final after a 0-0 draw at Belle View on our way to winning the trophy in 2017-18.

They are currently third in the NPL East, having been promoted alongside Hebburn Town and Stockton Town after last season was curtailed.