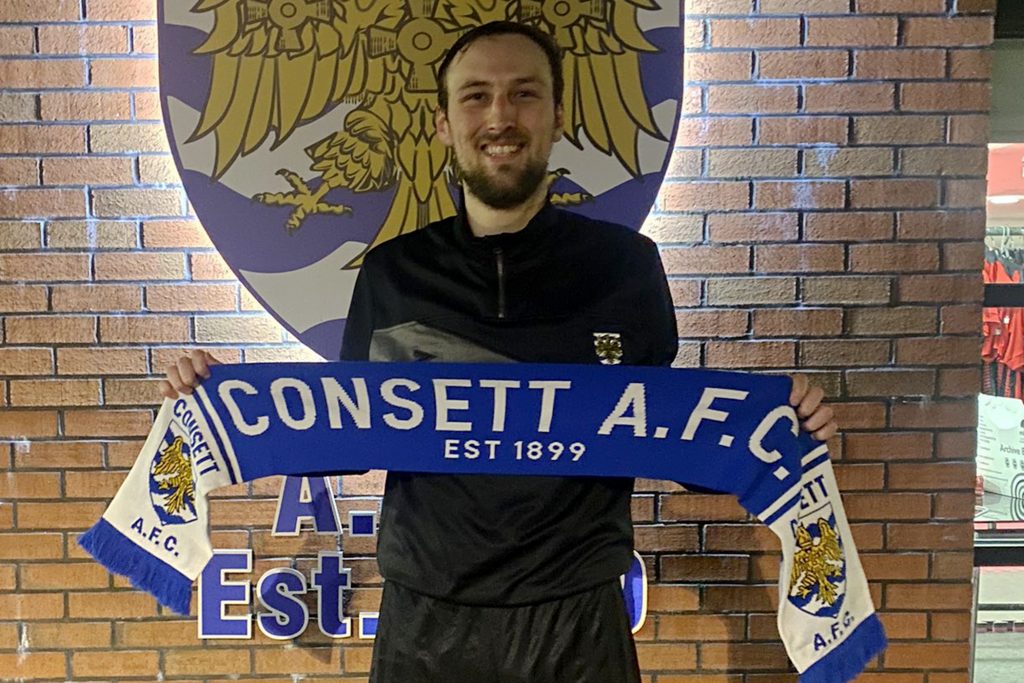 The 25-year-old will go straight into the squad for tomorrow’s Northern League Division One game at Newton Aycliffe.

The Steelmen are short on defensive numbers at the moment, having lost Arjun Purewal and James Martin to injury last week, while Olly Scott has signed a contract with National League side Kings Lynn Town.

Dan, who has captained the Tynesiders in previous seasons, is a dominant central defender who has been at Dunston since 2016, having previously played for Bedlington Terriers and North Shields Athletic.

He was nominated for Northern League Young Player of the Year in Dunston’s title-winning season of 2018-19, and was named supporters’ player of the year.

He has been a regular for Dunston in their Northern Premier League Division One East campaign this season.

Dan is the third player Consett have signed in recent weeks, following the moves of utility man Nick Cassidy from North Shields and striker Scott Heslop from Dunston.