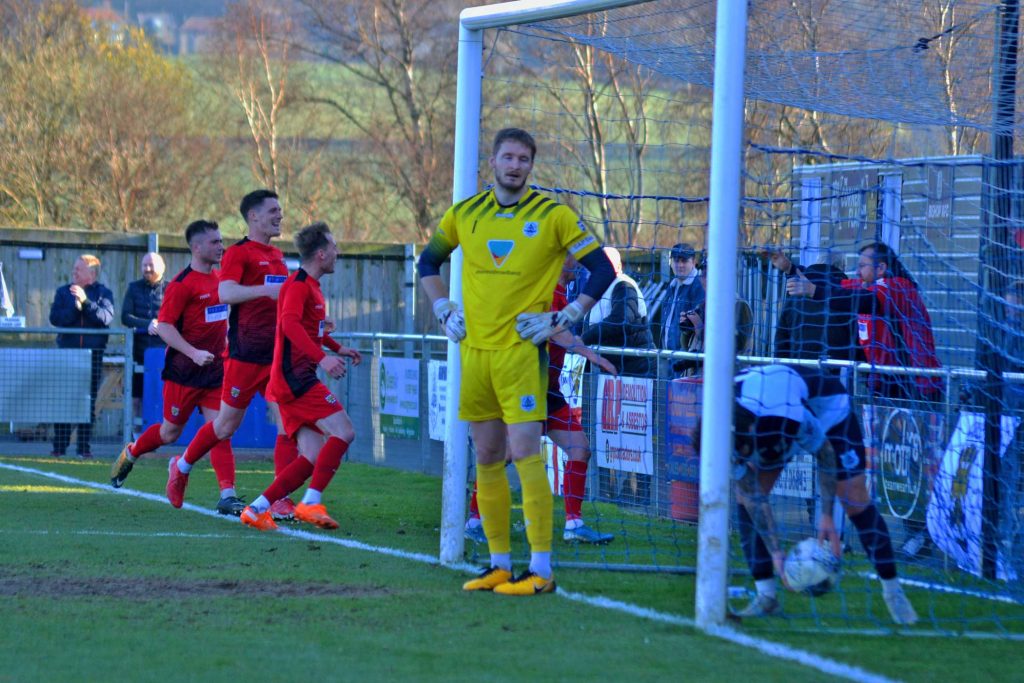 Consett re-ignited their Northern League title hopes by coming from behind to win 2-1 at a sunny Bishop Auckland.

The main team news for Consett before the game was skipper Arjun Purewal’s welcome return to the side after a two-month absence through injury.

With one side going for promotion and the other trying to fight off relegation, there was a lot at stake, and the game soon became a war of attrition.

Consett enjoyed their best spell of the opening period in the five minutes before half-time, when Colin Larkin, Calvin Smith and James Martin all had chances, but the interval was reached with the game goalless.

Bishop Auckland took the lead on 47 minutes through one-time Consett striker Adam Burnicle, a recent signing from Thornaby. He was first to react to a cross not being dealt with and prodded the ball past the advancing Kyle Hayes from 10 yards out.

The goal was wildly celebrated by the home support, but their joy was short-lived as Consett equalised on 52 minutes.

Jake Orrell floated a free-kick to the far post, where centre-back Dan Capewell ghosted in to volley the ball high into the net from a few yards out.

On 85 minutes, with a draw looking inevitable, a piece of quality from substitute Nick Cassidy with his first touch of the ball proved to be crucial.

He put a lovely free-kick into the penalty area, where veteran striker Colin Larkin beat his marker to send a looping header into the net and send the Consett fans behind the goal into raptures.

The result was made all the sweeter for the travelling support by news that title rivals North Shields had been held to a 2-2 draw at home by Whickham.