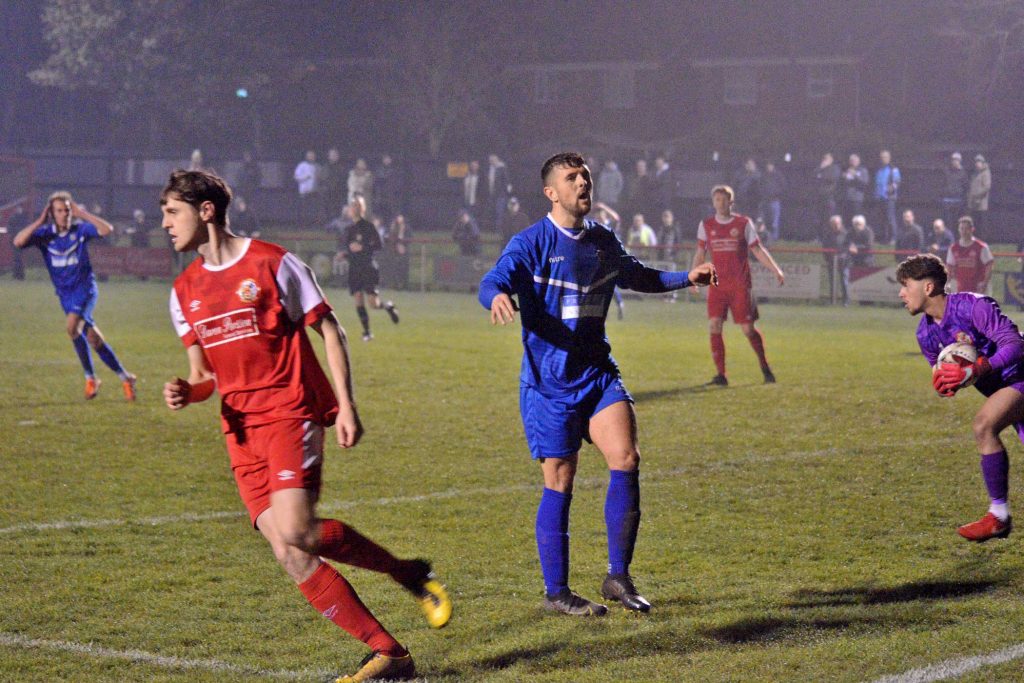 Consett’s Division One game at North Shields, billed by many as a Northern League title decider, ended in a goalless stalemate tonight at the Daren Persson Stadium.

With the visitors 9 points clear of their hosts before kick-off, but the Robins having four games in hand, it was certainly a game which could have had a big bearing on the destination of the championship.

A Consett win would mean matters were back in their own hands, while a North Shields victory would have handed them a big advantage.

It was a game neither side wanted to lose, but nobody did enough to win it either, and the outcome was a 0-0 draw in front of a tense 569 crowd.

At the other end, Calvin Smith had an effort easily saved, while Scott Heslop headed a half chance wide, as the two teams largely cancelled each other out.

The main talking point of the first half was the referee’s decision not to send off Shields midfielder Cam Cunningham for what appeared to be a stamp on Matty Slocombe, showing just a yellow card instead.

The game briefly burst into life around the hour mark, when Calvin Smith was well-placed to clear David Robinson’s header off the line, and Cunningham fired the loose ball just over the bar.

At the other end Darren Holden’s excellent cross from the left created Consett’s best chance of the game, but Heslop’s weak header was straight at the keeper.

Shields made a big penalty appeal as top scorer Dan Wilson went to ground, but the decision was a free-kick the other way.

On 75 minutes Consett brought on David Dowson, who has just re-signed after leaving West Auckland, and within a minute he had been booked for what Shields claimed was an elbow on Walker.

Even five minutes of added time at the end of the game wasn’t enough for either side to find a goal, but everyone in the bumper crowd seemed to agree that a draw was a fair result.