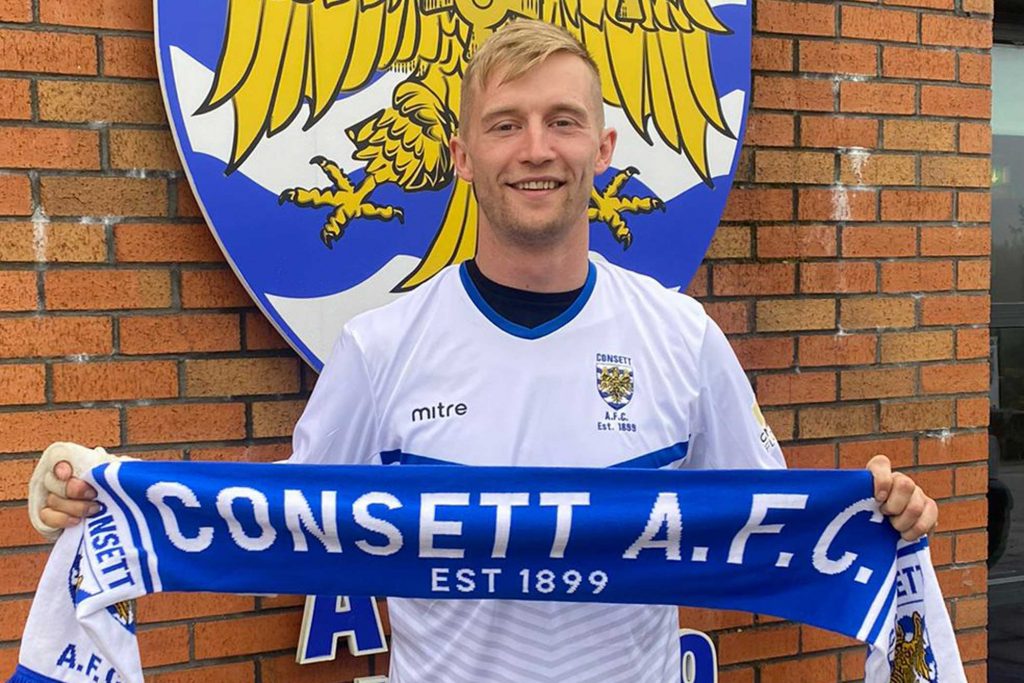 Consett AFC are delighted to announced their first pre-season signing in the shape of striker Zak Atkinson.

A pacey forward with a good physical presence and an eye for goal, he agreed contract terms with Consett despite being wanted by several other clubs, including some at a higher level.

Chairman Frank Bell said: “Zak is a smashing lad and will be a big character in the dressing room, as well as exactly the sort of player we will need in the Northern Premier League. We hope his stay at Consett will be a long and happy one.”