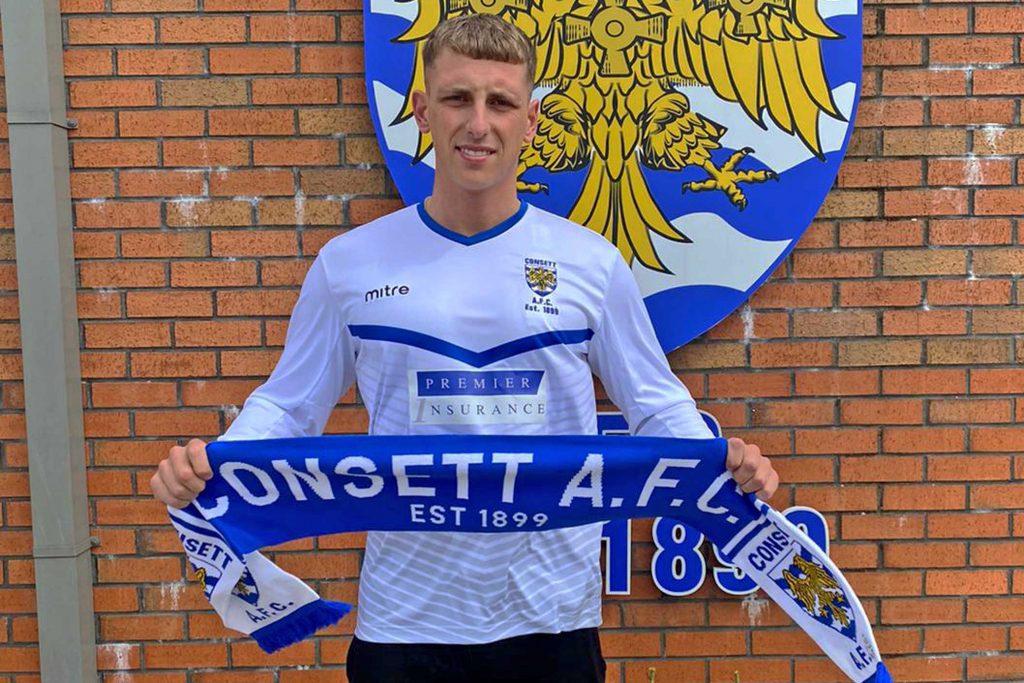 Defender Callum Elliott has agreed terms with Consett to become their third new signing of the summer ahead of their move up to the Northern Premier League.

The 23-year-old right-back finished last season at Whickham, where he made 15 appearances.

He becomes the third player to join us from our Northern League neighbours, after striker Zak Atkinson and midfielder Declan Bisset.

Callum was at Huddersfield Town and Spennymoor Town as a youngster, then had two and a half years with Dunston in the Northern Premier League before leaving for Whickham midway through last season.

Consett AFC chairman Frank Bell said: “We’ve watched Callum a few times and he’s got many attributes that we believe will help drive the club forward.”