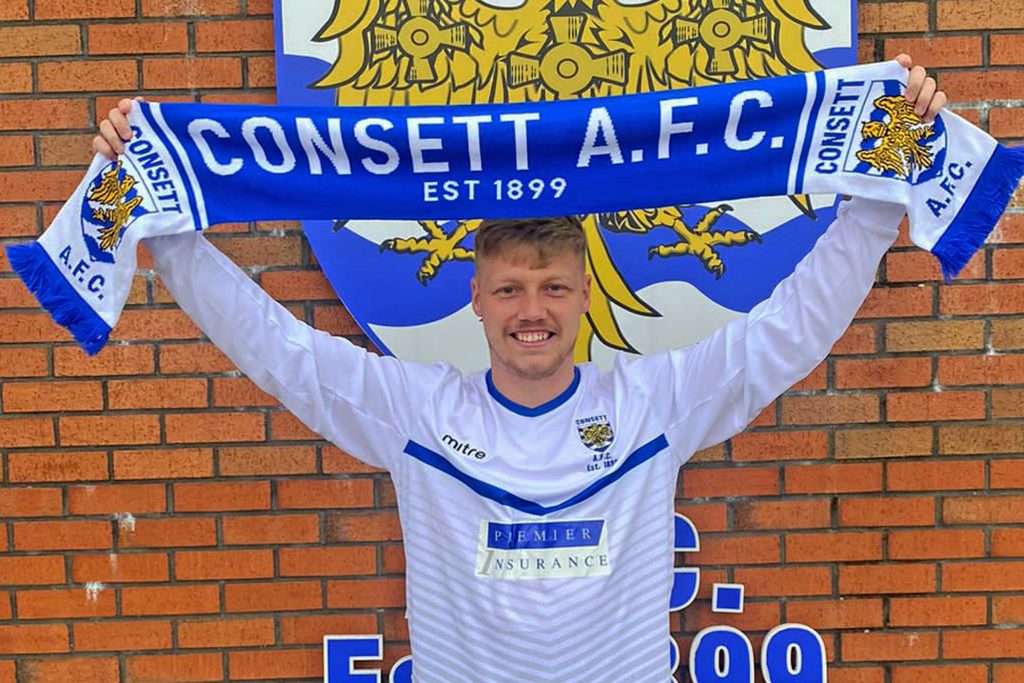 The 28-year-old has agreed terms to become a Steelman after five seasons at West, in which he scored 18 goals in 98 appearances.

One of them was an absolute screamer which he put into the top corner from 25 yards when West beat Consett 3-1 at the Wanted Stadium last September.

He’s a player who’s been on Consett’s radar for some time, and Chairman Frank Bell said he’s delighted to have finally got his man.

Adam began his career as a schoolboy at Sunderland, and made his way through the ranks until he made his debut for the first team at Tottenham in May 2013.

He was a regular in the reserves in 2013-14, but was loaned out to Darlington near the end of the season, and eventually released.

After trials at several clubs he signed a two-year contract with Darlington, where he made 109 appearances, scoring 14 goals, and then had a year with Spennymoor Town, helping them win promotion to the National League North.

He joined West Auckland in August 2017, initially on loan, before making the move permanent. He was part of the team which won the Durham Challenge Cup in 2021.

Adam is the fourth signing of the summer, after striker Zak Atkinson, midfielder Declan Bisset and defender Callum Elliott, who all joined from Whickham.

Two more of our promotion-winning squad, Dan Marriott and James Martin, have agreed contracts with the club, with several others already tied down.