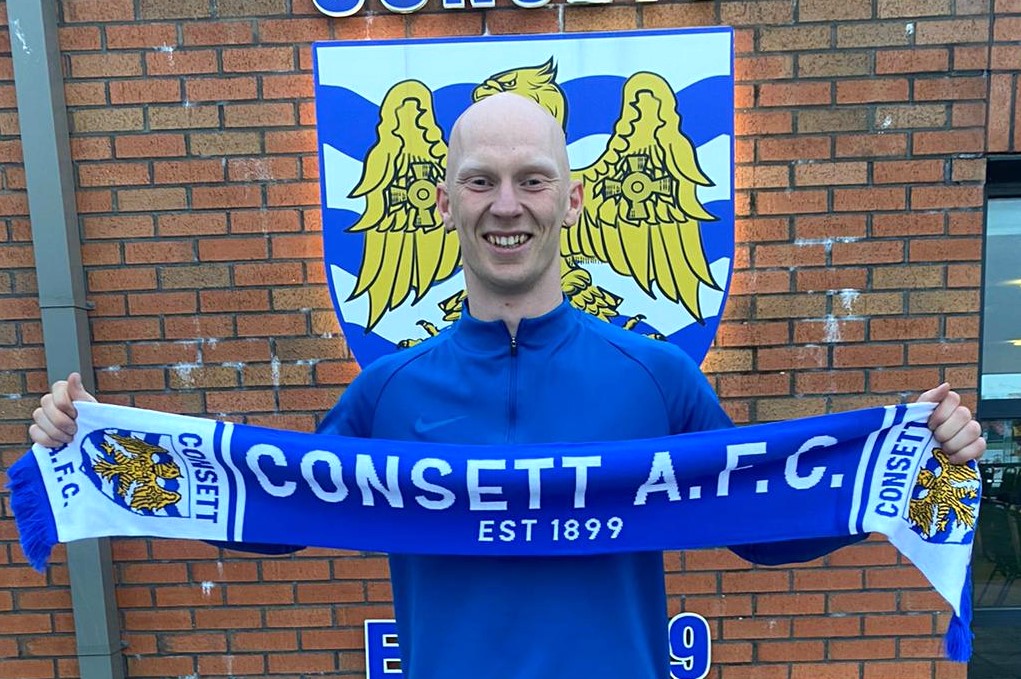 Mark Foden, who played against Consett at Wembley, has signed for the club after long-serving goalkeeper Kyle Hayes announced he is leaving.

Kyle, who has been at Belle View for four and a half years, informed the club this week that he is unable to commit to playing in the Northern Premier League for personal reasons.

He made 169 appearances for the club, including the delayed 2020 FA Vase final at Wembley, where Mark Foden was his opposite number in the Hebburn Town goal!

A key member of our Durham Challenge Cup-winning side of 2018, Kyle also made a reputation for himself as a penalty taker as well as saver!

Chairman Frank Bell said: “We are sorry to lose Kyle, who has been our goalkeeper for the last four years, but personal circumstances mean he cannot commit to the extra demands of the Northern Premier League.

“We are very grateful to Kyle for his loyalty, and for some vital saves, especially the one in the 98th minute at Histon in the game which won us promotion. Thank you and good luck to him and his family.”

Mark Foden is 26 and comes from Glasgow. He came up through the youth ranks at Hartlepool United before joining Ross County, and having loan spells at Stirling Albion and Stenhousemuir.

After a season at Gateshead he had a spell out of the game before joining Blyth Spartans in March 2019.

After playing two games on loan at Consett early in the 2019-20 season to cover for Kyle’s absence on holiday he joined Hebburn Town permanently, and became their first-choice keeper.

He played against Consett in the FA Vase final at Wembley, and was promoted to the Northern Premier League with Hebburn at the end of the 2020-21 season.

He missed only one NPL game last season, but was released at the end of his contract in the summer when a new manager came in.

Manager Andy Coyles said: “Mark has lots of experience at higher levels, including spending last season in the NPL with Hebburn. He’s looked good in training, and is looking forward to showing us what he has to offer.”