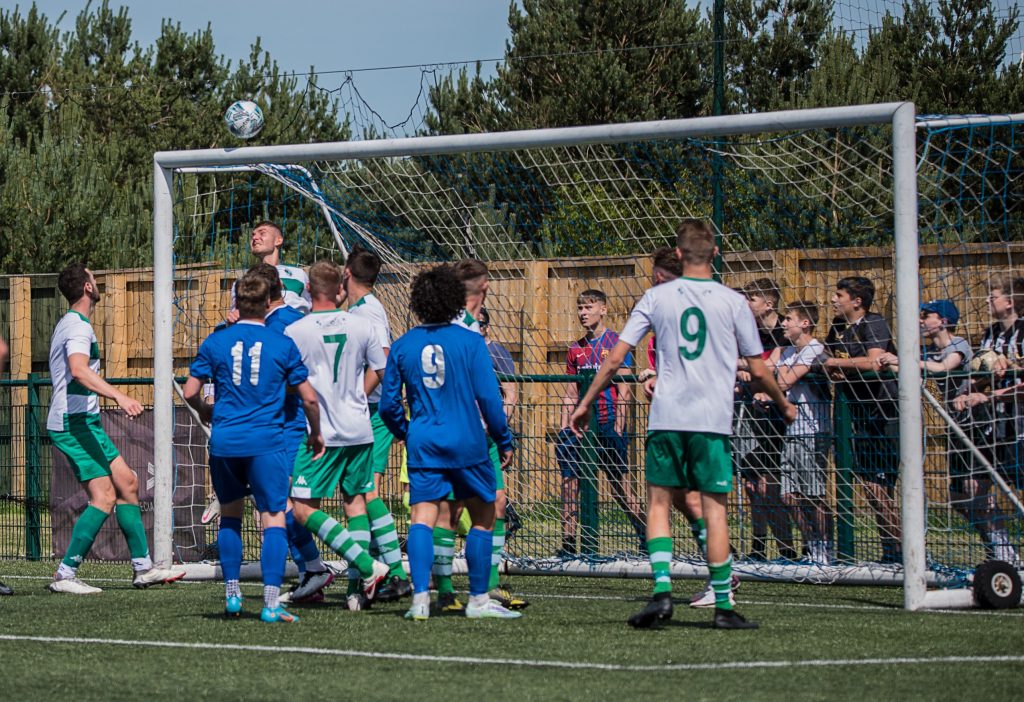 The Northern League 2nd Division side, whose assistant manager is former Consett No 2 Paul Bryson, were no match for a side who will be playing two divisions above them in the coming season.

Consett took the lead after just three minutes when Declan Bisset set up Adam Mitchell to make it 1-0, and it was 2-0 after 15 minutes when Calvin Smith curled a free-kick over the wall and into the corner, pictured below.

On 24 minutes it was 3-0 when Cyril Giraud drove into the penalty area and finished low past the keeper.

Darren Holden and Giraud again had chances to extend Consett’s lead, but it remained 3-0 at half-time.

The Steelmen made a raft of changes at the break, with only Giraud and skipper Matty Slocombe remaining from the XI which started the game.

It took just seven minutes for Consett to extend their lead, with Danny Craggs finishing on the half volley from close range.

Two minutes later it was 5-0 when Kieren Aplin attacked down the left, cut inside and brought a great save from the keeper, only for Consett’s trialist striker to tap home the rebound.

On 63 minutes Danny Craggs got his second goal of the game to make it six after some lovely one-touch play from Giraud and Jake Orrell.

A minute later it was seven when Aplin whipped in a great corner and James Metcalfe powered in a header for his second goal in two pre-season games, pictured below.

The scoring was completed in the 78th minute when Aplin completed a hat-trick of assists, crossing from the left for the trialist striker to grab his second with a fine volleyed effort.