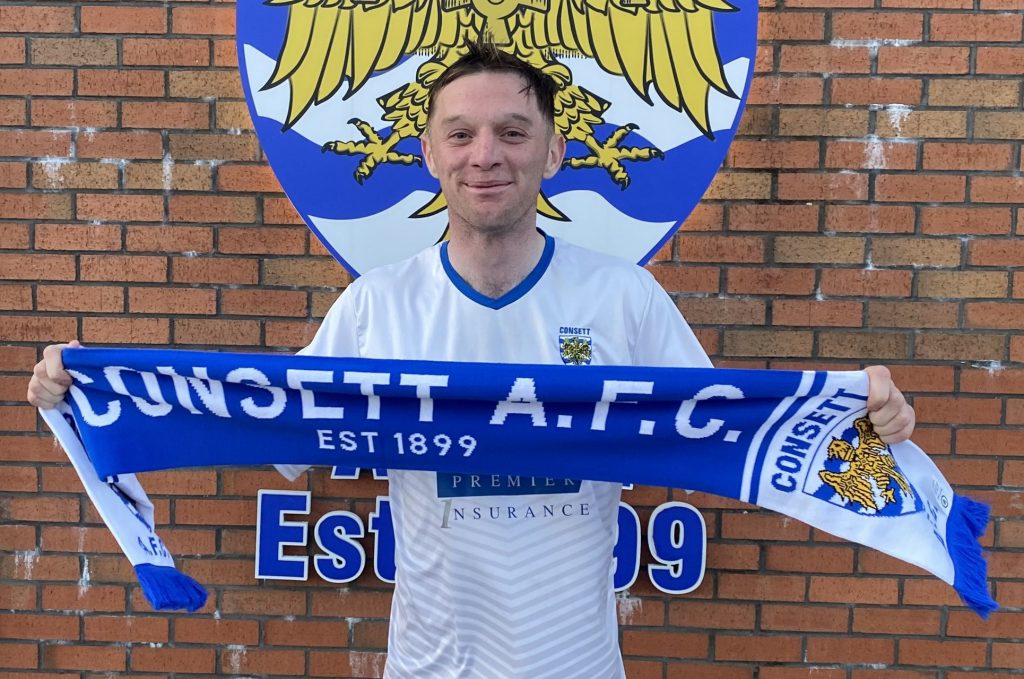 Consett are delighted to announce the signing of ex-Blyth Spartans defender Karl Byrne, who has agreed terms with the club for the 2022-23 season.

The 26-year-old right-back has signed for Consett despite interest from several clubs at higher levels.

As well as Blyth, he has previously played for League of Ireland club Cabinteely in his native Dublin, along with Frickley Athletic and Boston United.

Manager Andy Coyles said: “Karl is a fantastic signing for us. He is an exciting signing who I think will really push the team on to another level, both in his ability on the pitch and also his charisma and enthusiasm around the changing room and the club.

“We’ve had to be exceptionally patient due to the level and the amount of interest that clubs have shown in Karl – clubs from the Northern League right up to the National League North.

“He’s bought into the project and the ambitions that the football club have, and this is the first signing that I’ve been involved in where there’s been so many different parties who have contributed to getting it over the line.

“We’re talking from a few supporters, committee members, staff – including Frank, our chairman, who’s been fantastic – the backroom coaching team, and a number of players who have been influential, such as our captain Arj, and the likes of Zak Atkinson.

“My thanks go out to everybody that was involved in the Birtley game, who made Karl feel a huge part of the club and offered a warm welcome, because he really enjoyed himself on the day, and thoroughly enjoyed the reception he received.

“I know he’s going to be an instant hit with the supporters, but he’s also going to be a very influential player for the group, and hopefully it’s another step that shows the ambition of the football club.

“Our recruitment process has been very strong this off-season, and I like to think that the lads who we let go last year have been replaced with an abundance of quality.

“One of the assessment criteria is that they are good in and around the changing room, and that they are here for the development and progression of the football club, and Karl is a fantastic example of this.”

In addition, Dan Capewell, Dan Marriott, James Martin and Lewis Green have signed their first contracts with the club, while Matty Slocombe and Calvin Smith have agreed extended deals.