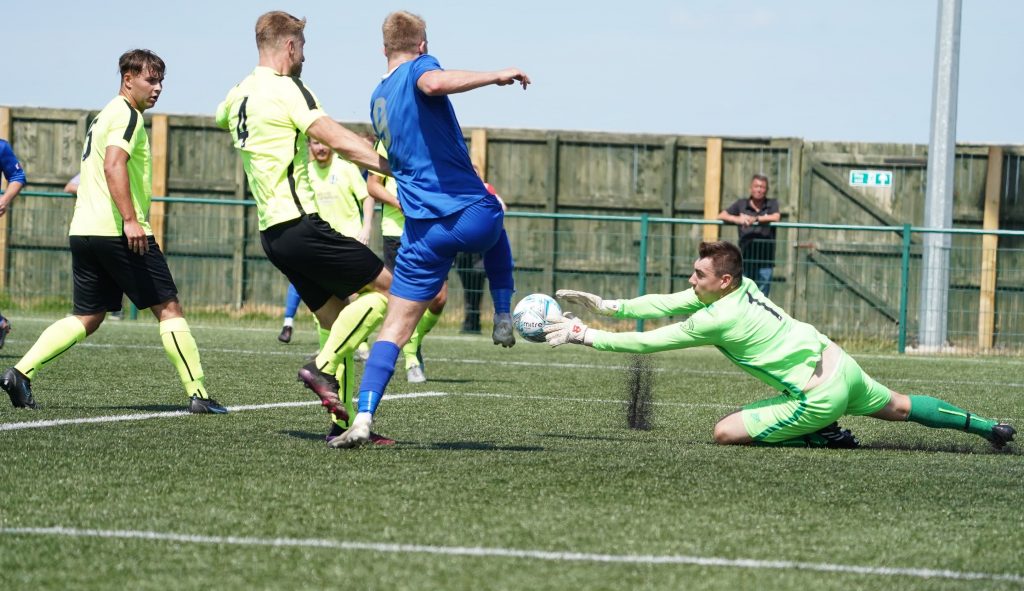 Consett’s pre-season preparations took another positive step forward as they recorded a 2-0 victory against Northern League First Division side Northallerton at a baking hot Belle View.

Arranged at short notice after original opponents Workington pulled out, two first-half goals were enough to secure a deserved victory.

But the home side didn’t have it all their own way, with goalkeepers Mark Foden and Ross Coombe each making two excellent saves.

With manager Andy Coyles still on holiday, assistant Richie Hill was again in charge of affairs, but with a number of players also away, there wasn’t the scope to field virtually different sides in each half.

Consett had to wait until the 21st minute for a clear-cut chance and they didn’t waste it as Danny Craggs latched onto a ball bouncing around the six-yard box and turned and smashed it past Tom Dawson.

Following a scheduled drinks break due to the high temperature, the home side continued on the front foot and were rewarded in the 28th minute by a truly superb goal from new boy Karl Byrne.

The Irishman gained possession just inside the Northallerton half, powered his way past two challenges, before cutting inside and unleashing an unstoppable swerving effort into the top-left corner from 20 yards out.

To their credit Northallerton came back into the game and continued to play good football, which will have been no surprise to anyone who witnessed their impressive victory at Belle View at the tail end of last season.

But despite chances for both sides, there were no further goals, and the final whistle came as a relief to the players of both sides who provided a very entertaining game in tough conditions.

Consett go again on Thursday night against another Northern League side in the shape of Whitley Bay, with competition for places starting to really heat up.