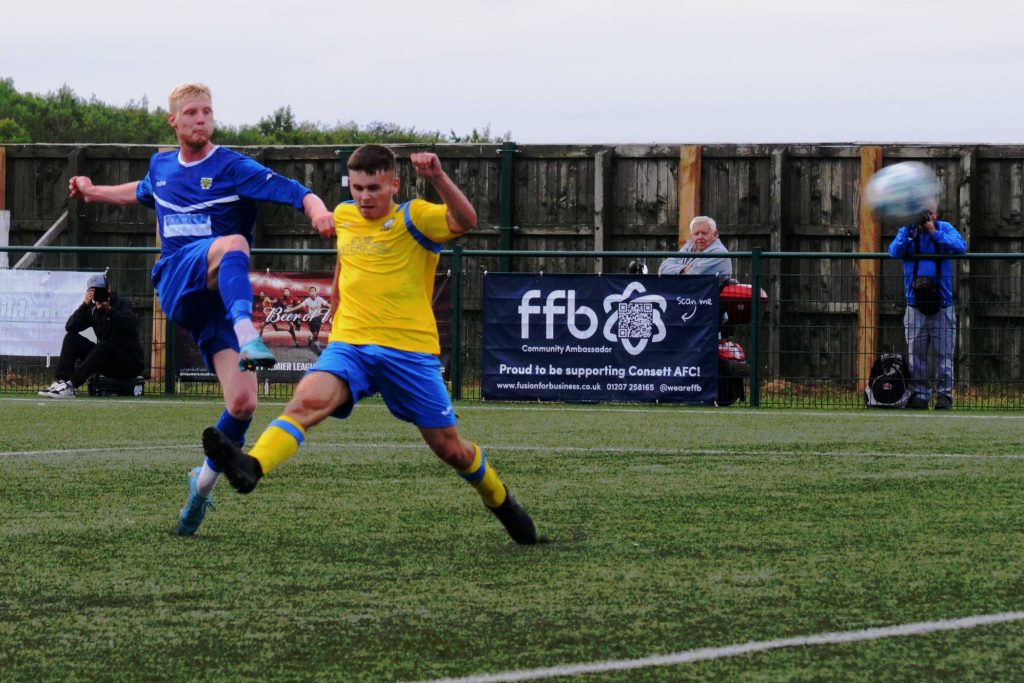 Consett made it three pre-season wins in a row over Northern League opposition tonight as they beat Whitley Bay 2-0 in their latest friendly.

The Seahorses have recruited well under Nick Grey, who took over as manager midway through last season, but the Steelmen scored a goal in each half to claim the win, and a third successive clean sheet.

Andy Coyles’ side have already beaten Birtley Town 8-0 and Northallerton Town 2-0, after losing 4-2 at Berwick Rangers in their first warm-up game.

Zak Atkinson had already had a goal disallowed for offside when Darren Holden gave Consett the lead on 25 minutes, firing home right-footed, pictured top, after a great through ball by Declan Bisset.

Two minutes before the break Bisset looked certain to get his name on the scoresheet when he met a cross from Dan Marriott, but put his header inches wide.

But he was powerless to stop the hosts make it 2-0 a minute later, with the roles reversed from the first half, as Holden’s right-wing corner picked out Declan Bisset to head home at the far post to make it 2-0.

The usual rash of substitutions saw the game lose some of its momentum in the second half, but the teams served up an entertaining match for the crowd of 203.