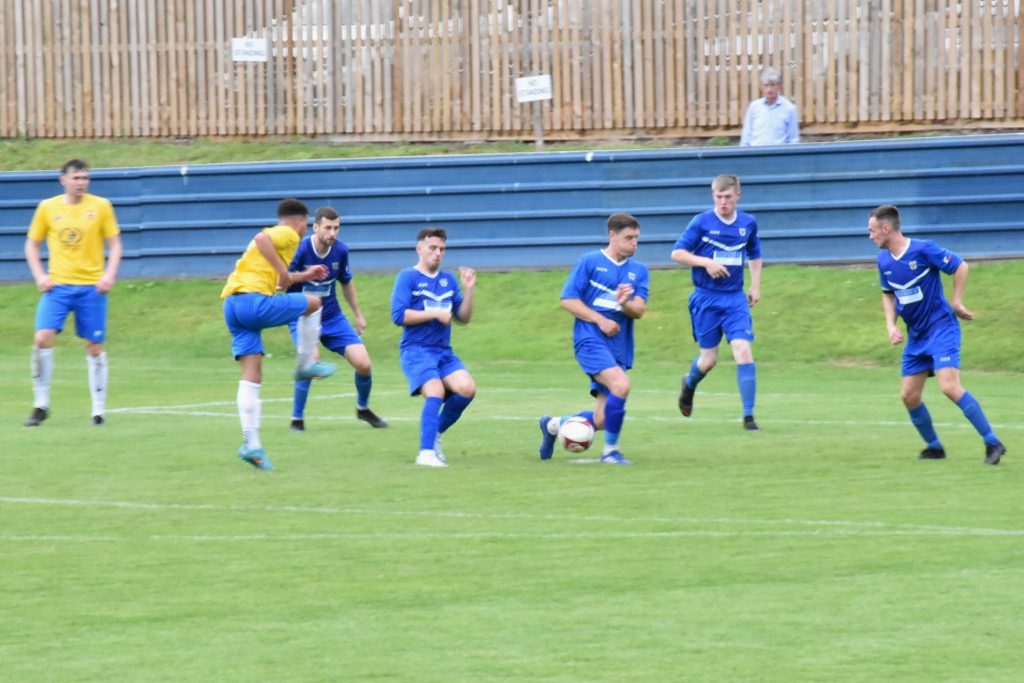 Consett came from two goals down to claim a 2-2 draw at Liversedge in a proverbial games of two halves in their final pre-season friendly.

The West Yorkshire side, who won the Northern Premier League Division One East last season, scoed twice in the first half.

But an improved second-half performance saw the Steelmen score twice in the last quarter of the game to claim a draw.

Liversedge took the lead in the 20th minute with the first real chance of the game. A corner came in from the left and big centre-back Jack Steers rose highest in the penalty area to head into the top corner.

Consett were finding it hard to create much against big, well-drilled opponents, and the home side doubled their lead in the 40th minute. Keeper Mark Foden made a good save from Wilson, but Jack Steers was first to the rebound to notch his second goal of the game.

Two minutes later it should have been three when the trialist No 17 turned his man superbly and teed up Wilson, but the No 11 somehow missed the target with the goal at his mercy.

Consett made two changes for the second half, bringing on Darren Holden and Ben Milburn for Kieren Aplin and Mark McLeod, and they grew into the game, though Foden made a good save with his feet from a Liversedge sub to keep them in it.

Consett got a goal back in the 68th minute when Declan Bisset hit a hopeful effort towards the back post which looked like a cross rather than a shot, but it dipped over the keeper and ended up in the far corner.

On 80 minutes Holden whipped in a great cross from the left and when it was only half cleared, Cyril Giraud was on hand to fire home from the edge of the box.

Four minutes from the end Consett had the chance to pull off an unlikely win whern another Holden cross picked out Matty Slocombe, whose volleyed effort went to Dan Marriott, who couldn’t turn it in.

Attention now turns to next Saturday, when Consett’s season kicks off in earnest when they travel to Goole in the Extra Preliminary Round of the FA Cup, kick off 3pm.

A limited number of places are available on the official club coach to the game, priced £20, on a first-come, first-served basis. Contact 01207 588886 or call in at the club to book – seats must be paid for in advance.