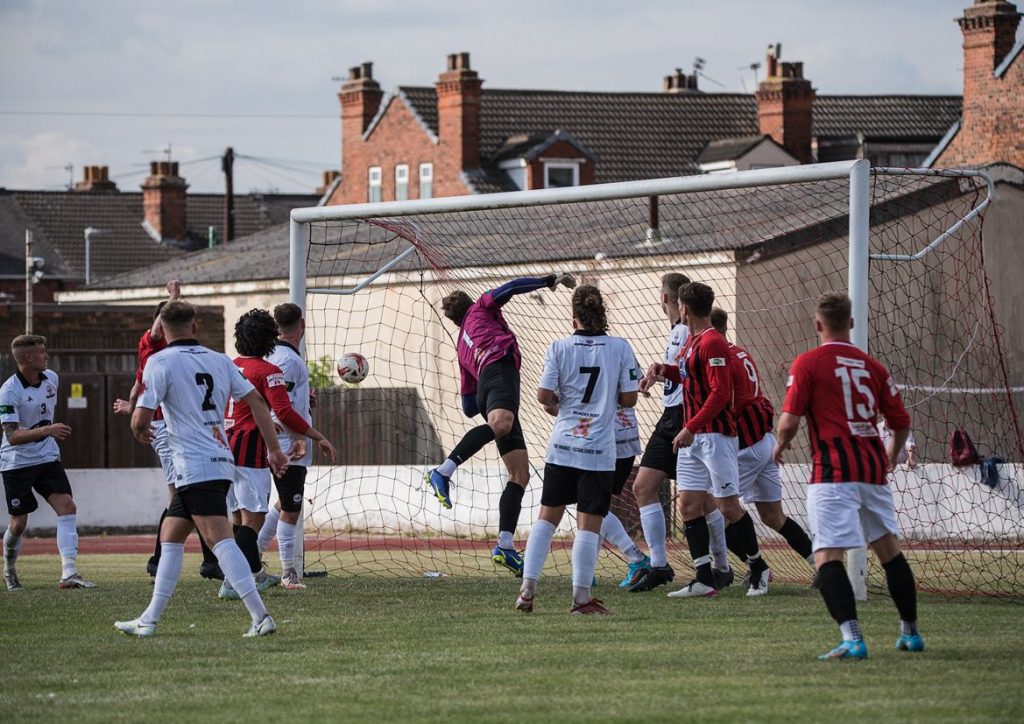 Consett’s season got off to the worst possible start as they were dumped out of the FA Cup at the first stage after suffering a 4-1 defeat at Goole.

The hosts play their football at Step 5 in the Northern Counties East League Premier Division – the level Consett have just been promoted from – but fully deserved their win after a disappointing performance by the Steelmen.

After a summer of great change, the starting XI saw no fewer than seven players making their first competitive start for the club, with another two introduced from the bench.

Goole play at the Victoria Pleasure Ground, but there was precious little fun to be had for visiting supporters as the home side were 2-0 up at half-time through goals from strike pair Sam Cable (32 minutes) and Nathan Perks (39 mins).

A goal direct from a corner from debutant Kieren Aplin midway through a much-improved second-half performance gave the visitors some hope.

To add insult to injury, progress would have seen Consett face Carlisle City in the next round, after the newly-promoted Northern League 1st Division side unexpectedly won 2-1 at West Auckland.