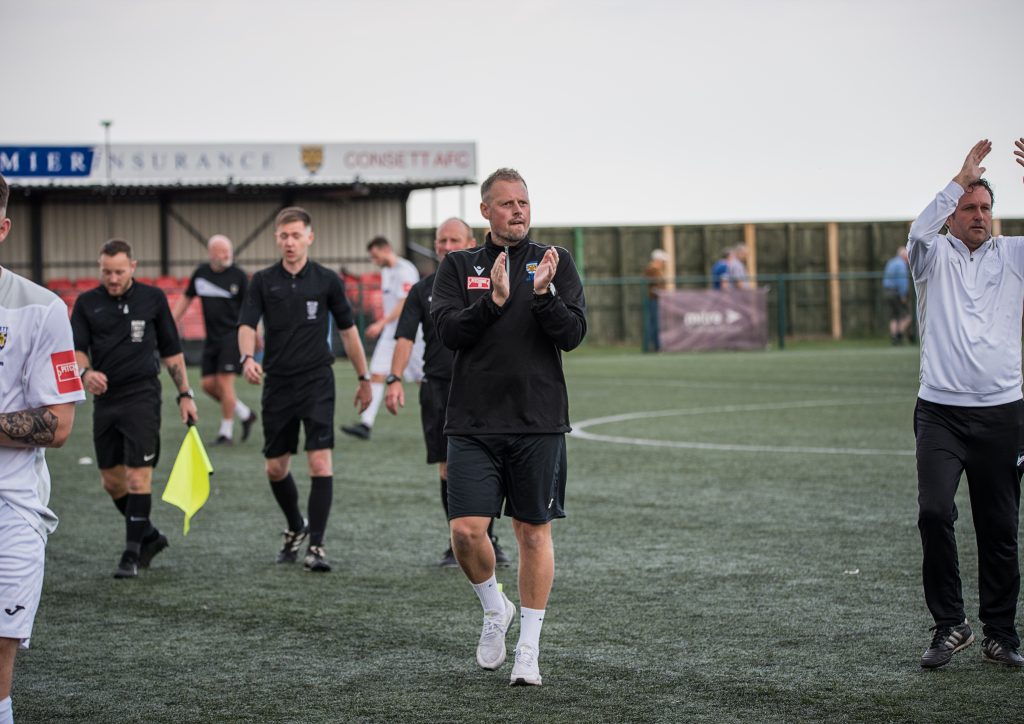 Consett manager Andy Coyles has praised his team for how they’ve stepped up to the new challenge of the Northern Premier league.

Yesterday’s 5-0 win over Carlton Town made it four unbeaten games out of five at the higher level, and the manager is pleased with how his revamped team has done so far.

He told BBC Radio Newcastle: “It was a convincing win but we weren’t actually happy with our first-half performance.

“We thought we were a little bit complacent all over the park, so there was a few words said at half-time and we actually began to settle into the game in the second half.

“We were a little bit more composed with the football, far more organised defensively, but if you’d asked us to take 5-0 before the game we would have took it with both hands.

“Every team’s a tough team [in the Northern Premier League], and the style of play is a lot different to what we were used to in the Northern League.

“But I think we’ve managed to hold our own in both departments, played football at the right times in the right areas, and we have defended very well and been very resilient when called upon.

“We’ve been really pleased with how we’ve dealt with the transition from Northern League football to Northern Premier football.”