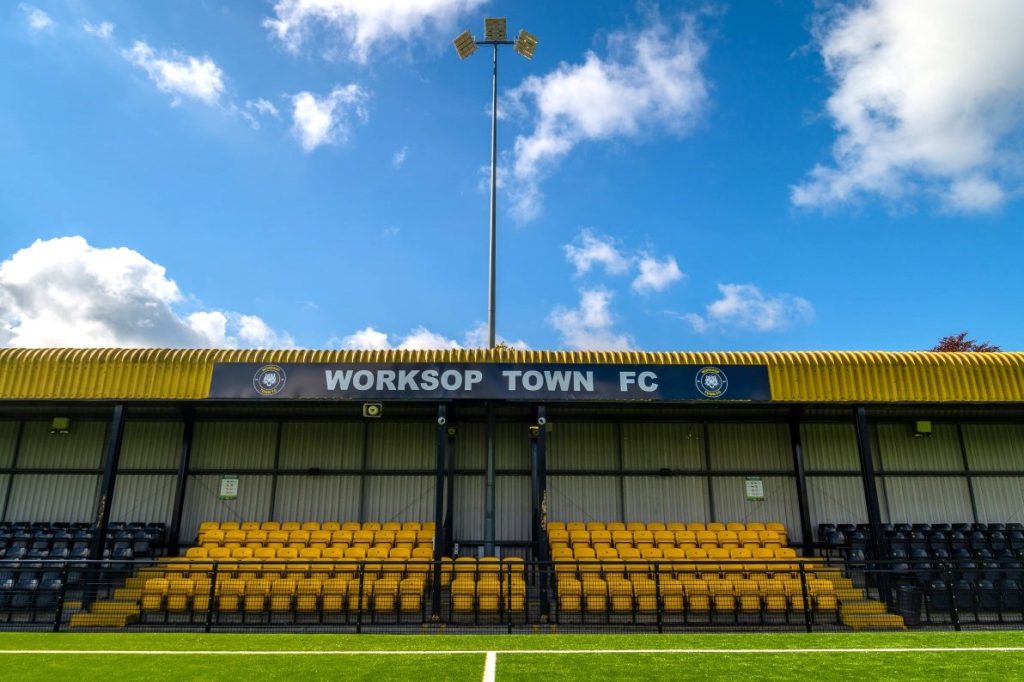 We were due to make a first-ever visit to The Tigers’ Sandy Lane ground in Nottinghamshire on Saturday 17 September for a 3pm kick-off.

But Worksop’s 5-0 win over Worcester Raiders today in the 1st Qualifying Round means they will be in FA Cup action instead that day. A new date for our fixture has yet to be announced by the league, though we may get a replacement fixture on 17th.

We were within minutes of having no midweek fixture this week either, as it took a 90th-minute winner for Shildon to beat Penistone Church 2-1 in their FA Cup tie.

This means we will travel to Dean Street twice in the space of five days – first in the league for a 7.45pm kick-off on Tuesday 6 September, before returning in the FA Trophy for a 3pm KO on Saturday 10 September.

The result of the latter game will dictate whether we have a game on Saturday 24 September, which at the moment has been left blank for the next round of the Trophy.