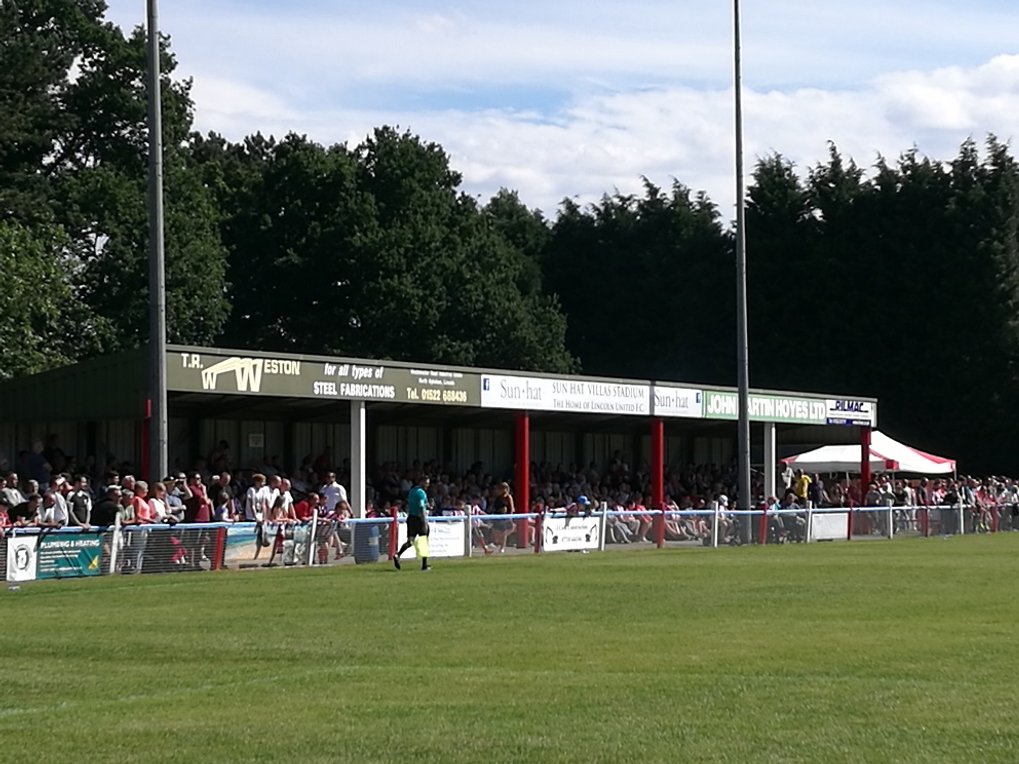 The Steelmen faced being without a game for a second Saturday this month after Worksop Town*, our scheduled opponents on that date, progressed in the FA Cup at the weekend.

However, Lincoln United have agreed to bring forward our game at their Ashby Avenue ground, to fill the vacant date. It’s the first-ever meeting between the two clubs.

Our usual official trip will run to the game, with a limited number of seats available to supporters on the players/officials coach.

They’re £20 each, and are available now on a first-come, first-served basis. Bookings can be made at the clubhouse or by calling 01207 588886, and payment must be made in advance.

The postcode is LN6 0DY, and the ground is about 2.5 miles from the centre of Lincoln. There is a small car park at the ground which is free, along with off-street parking, plus other car parks within a short walking distance.

If you’re going by public transport, the nearest railway station is Lincoln Central. It’s adjacent to the bus station, where you can take the Stagecoach 66 or 29 to the ground.

Lincoln United have been in the NPL since 1995, finishing 16th out of 19 in Division One East last season.

Their ground has a capacity of 2,200, including two covered seating areas (TR Weston & Son Ltd and Fans for Diversity Stands) and two further covered areas for standing (The John Wilkinson Stand and Allen Crombie End).

The Allen Crombie End is where you will find the canteen, Fred Green Hospitality Suite and Board Room.

Admission is £9 for adults, £6 for over 65’s, students with a valid ID card and disabled supporters, and £3 for five to 16-year-olds. Under-5s are admitted free.

The match programme is digital-only, and can be downloaded to your phone by scanning a QR code in the ground.

*A date for the rearranged Worksop away game will be confirmed after this Saturday’s FA Trophy ties.