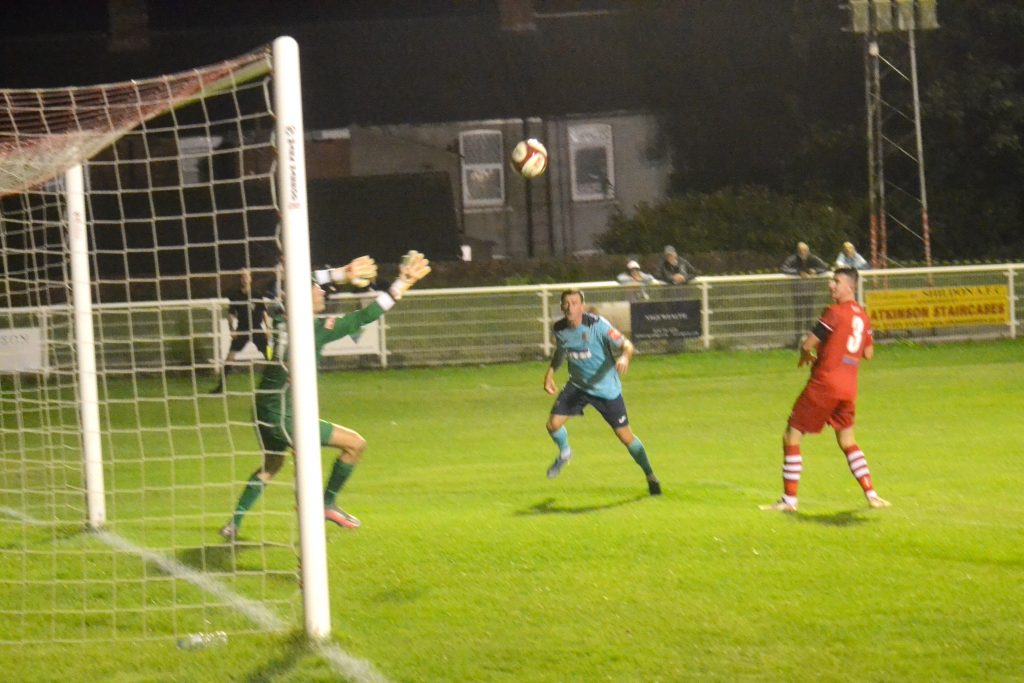 A superb Colin Larkin header gave Consett a 2-1 win at Shildon to progress to the next round as they contested an FA Trophy tie for the first time since 1994.

The Steelmen won at Dean Street in the league last week and did it again tonight to secure an away trip to Lancashire side Colne in the next round of the national cup competition.

Consett now play in the FA Trophy instead of the FA Vase following promotion to the Northern Premier League.

Colin Larkin should have doubled the lead a minute before half-time when centre-back Dan Capewell’s pass sent him through on goal, but Bateman stood up well to save, and it remained 1-0 at the break.

Six minutes into the second half it was all-square when Shildon’s top scorer Dean Thexton made it 1-1, reacting first to a rebound.

But on 58 minutes Consett went back in front when Declan Bisset’s delightful cross from the left picked out veteran striker Colin Larkin, who expertly steered a header beyond Bateman into the far corner, pictured top.

On 67 minutes the Steelmen thought they had a third goal when Capewell headed in from a corner, but it was disallowed for a foul on the keeper.

A minute later Bateman made a fine fingertip save from Byrne’s curling effort from 20 yards as the visitors sought a clinching goal.

But it took a superb recovery tackle by Capewell at the other end to prevent ex-Consett striker Michael Sweet from rolling the ball into an empty net after he caught keeper Mark Foden in possession.

Orrell and Byrne both had chances to give the final scoreline a more convincing look, but Consett held on to secure an away tie on Saturday 24 September with NPL Division One West side Colne, who won 2-1 tonight at Bridlington Town.