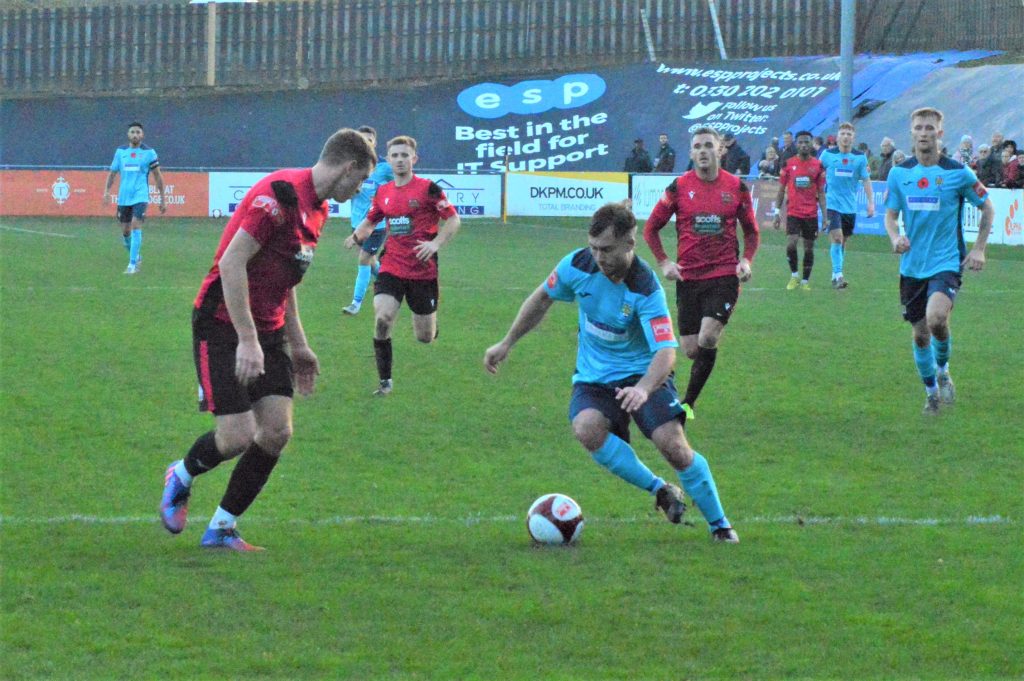 Consett picked up a useful point on their travels today, drawing 1-1 at Sheffield in new manager Tony Fawcett’s first game in charge.

The Steelmen took the lead on the stroke of half-time when Jake Orrell twisted and turned his way into the box before finishing into the bottom corner.

It was the midfielder’s sixth goal of the season, and gave Consett a 1-0 half-time lead after a fairly even first half.

The home side had more of the game in the second half and equalised through Reece Fielding in the 80th minute when Consett failed to deal with a right-wing corner.

A point was a solid start to the new manager’s tenure, though the club’s winless run now extends to 10 games.