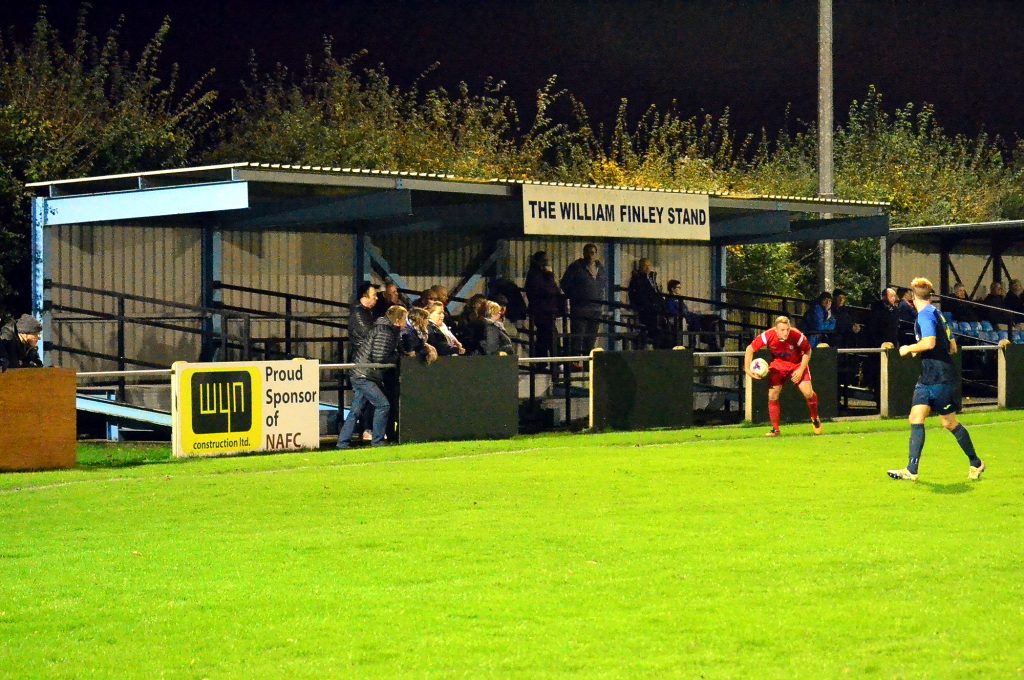 After a blank weekend, Consett’s next fixture is the rearranged Durham Challenge Cup game at Newton Aycliffe on Tuesday 22 November.

The game, postponed last week due to the pitch at Moore Lane Park being waterlogged, is a 7.30pm kick-off (DL5 5AG).

Aycliffe are 4th in the Northern League 1st Division but suffered a setback to their promotion push at the weekend when they were beaten 3-1 at Seaham Red Star.

Our last visit to Newton Aycliffe Sports Ground resulted in a 2-0 win back in January, in what was Calvin Smith’s 400th game for Consett, pictured below.

There have been three previous meetings in the Durham Challenge Cup between the clubs, with Consett winning two and the Newtonians the other.

We met again in the same round in 2010-11, this time at Aycliffe, who by now were in the Northern league and top of the 2nd Division. They won 4-2 on penalties after a 1-1 draw.

Finally, we met at Moore Lane Park in 2017-18, again in a 1st Round tie, with Aycliffe by now in the 1st Division. In another close game Consett won 1-0 with a goal from Michael Mackay.