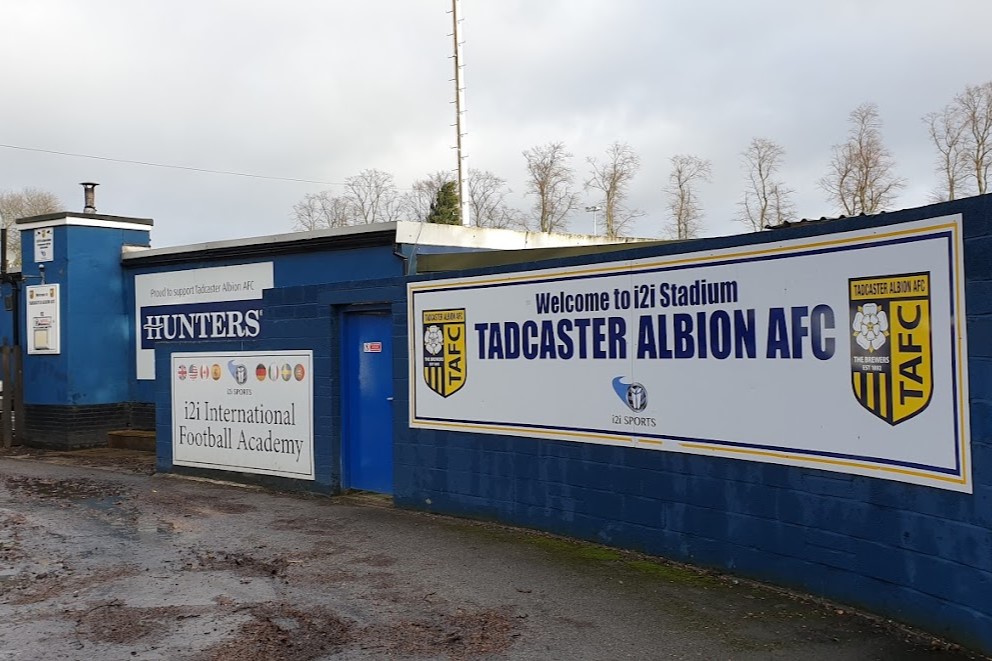 Next up for Consett is the relatively short trip to Tadcaster Albion – one of the few Northern Premier League grounds we have visited before this season.

They play at the So-Trak Ltd Stadium in Ings Lane, Tadcaster (LS24 9AY), which has a capacity of 2,000, including 459 seats and covered standing for 150 spectators. Their average gate this season has been around 190.

We have played there once before, on 11 August 2012, the opening day of the 2012-13 season, when we drew 1-1 in an FA Cup Extra preliminary Round tie (before losing the replay at our old Belle Vue Park ground 3-2 three days later).

A limited number of places are available on the official club coach to North Yorkshire, priced at the standard awayday fare of £20. These can be booked at the bar and must be paid for in advance.

If you’re planning on making your own way there, it’s a fairly straightforward journey of around 1hr 45mins, via the A68 and/or A1(M).

Leave the A1(M) at Junction 45, taking the first exit onto Moor End/A659. Follow the signs for Tadcaster until you reach High Street. Turn right, then turn left onto New Street, and left again into Centre Lane.

Car parking is available at the ground, and also next to the nearby John Smiths Brewery, which you’ll see at you approach the ground.

The journey is possible by public transport. York Railway Station is 10 miles away, and you’ll then need to pick up a Yorkshire Coastliner bus from the station to Tadcaster bus station. Services 840/843/845 run half-hourly, and the journey takes about 25 minutes. The walk from the bus station to the ground is about quarter of a mile.

Supporters are advised to keep on eye on our own and Tadcaster’s social media accounts before travelling, however; their home game on Saturday v North Shields was off, and they are due to host Sheffield FC tonight.